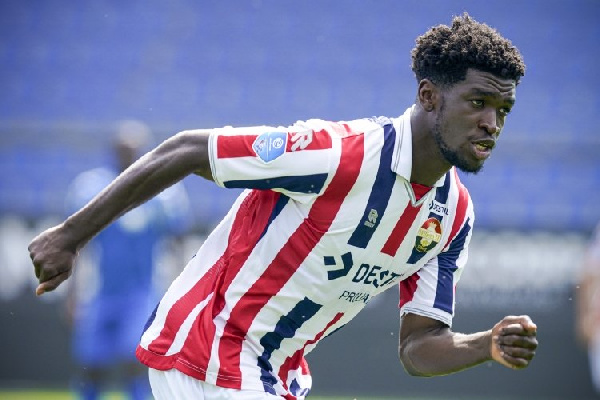 Ghana forward, Kwasi Okyere Wriedt has finally revealed the reason behind his decision to leave Bayern Munich despite his huge potential.

The 27-year-old left the Bavarian giants in the summer of 2020 after spending most of his time with the second team, making only three senior team appearances.

Okyere Wriedt joined Dutch side Willem II and is currently enjoying more playtime in the Eredivisie.

Although he showed great potential during his time with Bayern II, he says the signing of Sandro Wagner informed his decision to leave.

“I really put myself into training with the pros and in 2017 I was allowed to play in the Bundesliga too. But when Sandro Wagner was hired as a backup for Robert Lewandowski in January 2018, I knew it would be difficult,” he told Sport 1.

“And although things went well for me in the U23, I only made three appearances. I had clearly hoped for more,” he added.