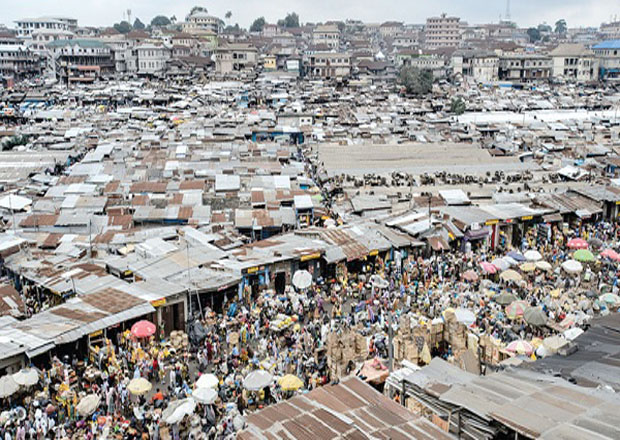 Contractors working on the Kumasi Central Market Redevelopment Project, have begun the demolition of the remaining structures in the old market to pave the way for the project to be completed on schedule.

This follows the removal of the final batch of traders and their wares from the market by the Kumasi Metropolitan Assembly (KMA).

The KMA, together with the Ashanti Regional Coordinating Council had given the traders up to midnight Sept. 12, 2021, to vacate the market to give way to the contractors to work.

The traders had on several occasions resisted their removal, saying the KMA had not done enough to provide the needed infrastructure at the Racecourse market where they have been asked to relocate to carry out their businesses.

However, on Sunday when a team of journalists visited the market, the traders were busy removing their wares to meet the deadline.

Consultant to Contracta Construction UK Company, contractors of the project, Emmanuel Danso, told the media that the continued occupation of the traders was delaying the project and possible forfeiture of the credit facility given to the country.

By Monday morning, bulldozers and excavators were seen demolishing the structures to pave way for the project to continue.

Public Relations Officer of KMA, Henrietta Afia Konadu Aboagye, said the affected traders had been allocated temporal places at the Racecourse, Abinkyi, the new Kejetia market, and other satellite markets in the metropolis to carry out their business activities.

He did some good things, let’s be fair to Alpha Conde