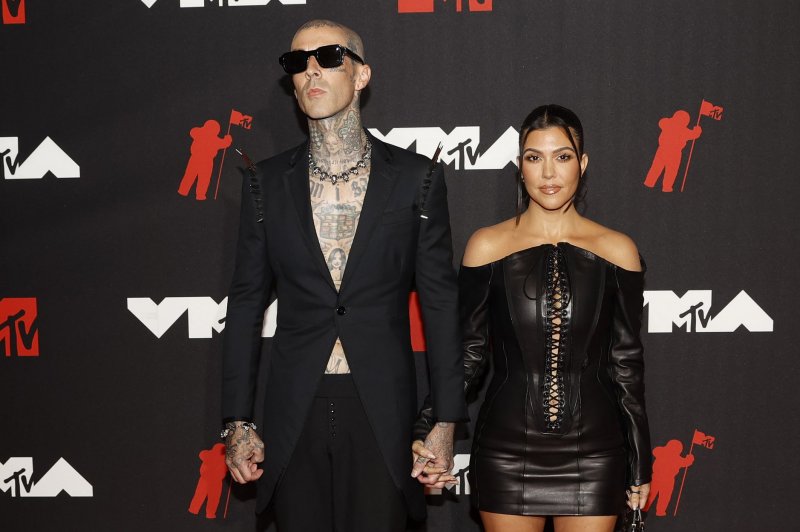 Sept. 13 (UPI) — Kourtney Kardashian and Travis Barker made their red carpet debut as a couple at the 2021 MTV Music Video Awards.

The 42-year-old television personality and 45-year-old musician attended the awards show together Sunday after several months of dating.

Kardashian and Barker kissed, held hands and posed for photos on the red carpet. Kardashian wore a black lace-up mini dress, while Barker sported a black suit jacket and pants with spikes as accents.

Barker joined singer and rapper Machine Gun Kelly to close out the show with a performance of “Papercuts.” Kardashian and Kelly’s girlfriend, actress, Megan Fox, introduced the pair as their “future baby daddies.”

Kardashian and Barker are longtime friends who were first linked in January. The couple confirmed romance rumors the next month on Instagram by sharing a photo of themselves holding hands.

Barker voiced his love for Kardashian on Instagram while celebrating her birthday in April.

“I [expletive] love you! You’re a blessing to this world happy birthday @kourtneykardash,” he wrote.

Barker was previously married to Melissa Kennedy and Shanna Moakler and has two children, son Landon, 17, and daughter Alabama, 15, with Moakler.