I will be the first female President of Ghana 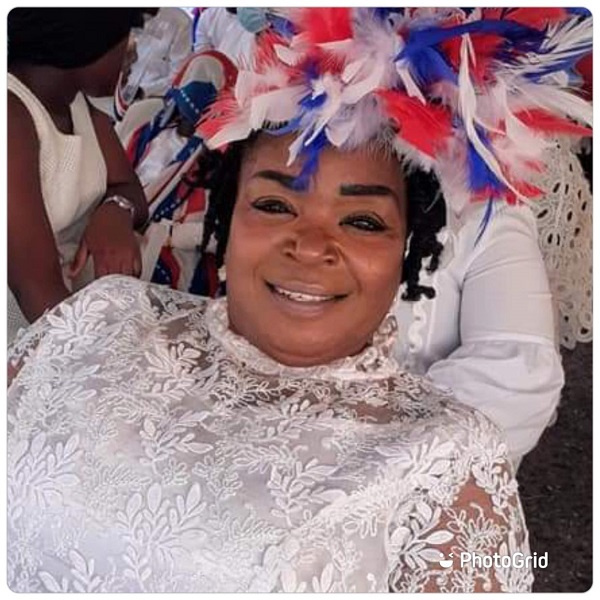 The Women’s organiser for the ruling New Patriotic Party (NPP) branch in Germany, Mrs. Edit Opoku Mensah better known as Nana Ama Serwaa has stated emphatically that she will be the first female President of Ghana.

Speaking in an exclusive interview on Fresh Radio – a Germany-based Ghanaian radio station, Nana Ama Serwaa who was answering a question in line with whether she believes Ghana can ever have a female President said:

According to Nana Ama Serwaa, she had the vision of becoming the first female President of Ghana from the late Krobo Edusei – a former Minister under the Kwame Nkrumah regime.

“I was named after a big politician by name Krobo Edusei…he was an illiterate and a Minister under the Kwame Nkrumah CPP regime. He was a good friend of my father. My grandfather had an issue that I can’t really reveal so he was imprisoned. My grandfather was a great person during that time at Nkoranza. Edusei asked my dad what he should do for him to make him happy. My dad told him to free my grandfather which he obliged.” She revealed

“When my grandfather was released, that time my mother had given birth to me so there was a great joy. My father told Edusei he wanted to name me after him but since I am a female he didn’t think it would be appropriate but he encouraged my father to name me after him. He invited my parents to his residence in Kumasi…When we got there he spat into my mouth and prophesied that I would become a great politician so I am not surprised I am doing active politics,” she added.

The NPP Stalwart affirmed that even if she doesn’t become the first female President,” any woman who would declare her presidential ambitions, the only way that woman would become the president is when I declare my support for her.”