.I chased her for 3 years but… 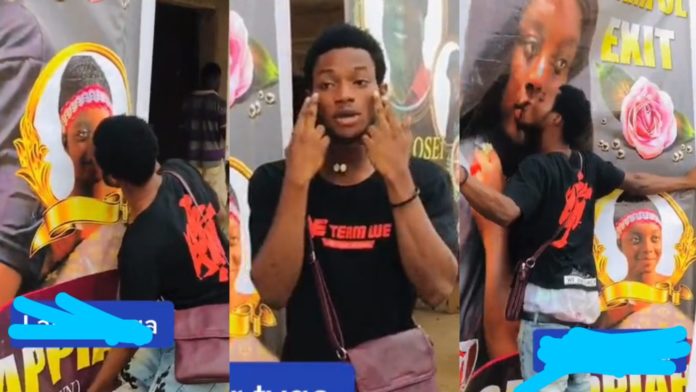 A young man, believed to be in his 20s, has stirred mixed reactions on social media after a video of him kissing the obituary of a 21-year-old lady surfaced.

The heartbroken man, in the video that has gone viral, disclosed he chased the lady, identified as Erica Appiah, for three years, professing love to her but all fell on deaf ears.

In the video, the yet-to-be-identified man, clad in black attire, was spotted at the funeral with the location not immediately known.

He explained the only way he could prove his love for Miss Appiah who never gave him the chance while alive was to kiss her poster.

Still in shock and yet to come to terms with her demise, he went to one of the obituaries hanged at the funeral grounds to kiss the photo of the deceased.