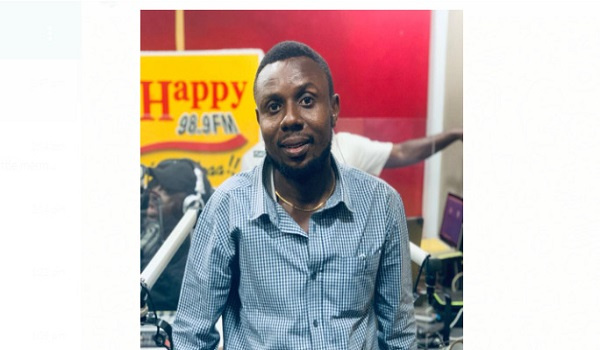 I Never Dated Nam1, People Are Spoiling My Market

Film writer and Director, Martinezz, has urged media houses and bloggers to give people a public apology after they have proved a publication about them to be wrong and the issue is resolved.

According to Martinezz, Joe Mettle’s observation that people usually do not get a public apology after such cases is very true and it is something that needs to be changed. He explained that by a public apology, it does not necessarily need to be vocal but another publication so that whenever someone looks up that person, they will not only come across the wrong publication but the clarified one as well.

He noted that these wrong publications affect the victims very much and some of these negative effects can last a lifetime.

“It may get to a time that the person will get an opportunity but the person he is dealing with may look online and find those wrong publications and since the clarified statement was probably only verbal and not online, he could believe the fake news and deny this person that opportunity,” he said.

Martinezz said this in relation with Agya Koo’s case in which he has been accused of saying that Ghanaians should take their children to other countries because of the poor living conditions in Ghana. Although the actor denies saying this, he is yet to make the case legal and prove himself innocent.

Martinezz advised that as soon as the issue is clarified and it turns out Agya Koo never said that, the best thing would be for the bloggers or media houses who made that publication to pull it down and publish an official statement admitting they were wrong so that the actor is not affected by it in future.

Justin Kumi scores for Sassuolo’s U19 in Primavera Cup win