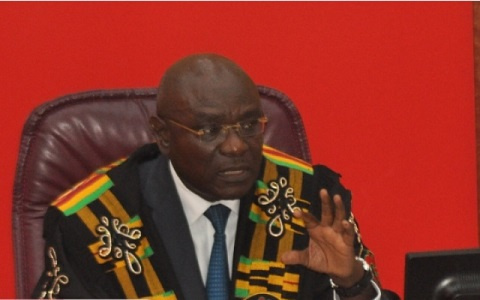 Mr Adjaho described the late Chief, who ruled for over 60 years, as an affable personality, team player who did not speak evil of the dead, and fearless for standing his ground in the fight for development for the people of Avenor.

He said the late Amegavieso V, worked closely with him during his time of representing his constituents in Parliament.

“I have known him for over 31 years. I remember when the late Amegavieso was having an issue with the Controller and Accountant General Department, I intervened for him as his lawyer when I was a state attorney then, and all his entitlements were duly paid to him,” he recounted.

He said during his time as Member of Parliament (MP) for the then Akatsi, the chiefs from the South (Avenor) and the North (Ave) were brought together to form what he called ‘Akatsi District Council of Chiefs’ to serve as a platform for the them to use in discussing issues of development and others and “the late Right-Wing Chief of Avenor was a prominent member where he did his best to promote peaceful coexistence among the chiefs.

The former Akatsi South legislator before his elevation to the position of the speaker of Parliament from 2013 to 2017, revealed that the late Chief also served as an appointee at the Akatsi South District Assembly were they both worked together for the growth of the area.

Mr Adjaho also acknowledged the selflessness and passion for development of the entire Avenor land by the late Chief before his demise.

“I wish to express my sincere condolences to the family, the Chiefs and all sons and daughters from Ave and Avenor and the Region as a whole, for this great loss. I ask for peace and unity to prevail as we get a good successor to continue from where he ended.”

The final funeral rites, which followed a series of activities such as cultural performances, public lectures and others, brought all chiefs and queen mother’s from Avenor as well as traditional rulers from some parts of the country.

He succeeded the late Torgbui Amegavieso IV, who died in 1960.

Before his demise, he worked in several government establishments including the Attorney General’s Department in Accra as an accounts officer.

Shatta Wale Insulted For Claiming He Looks Like Jim Iyke

All you need to know about the new GBA President