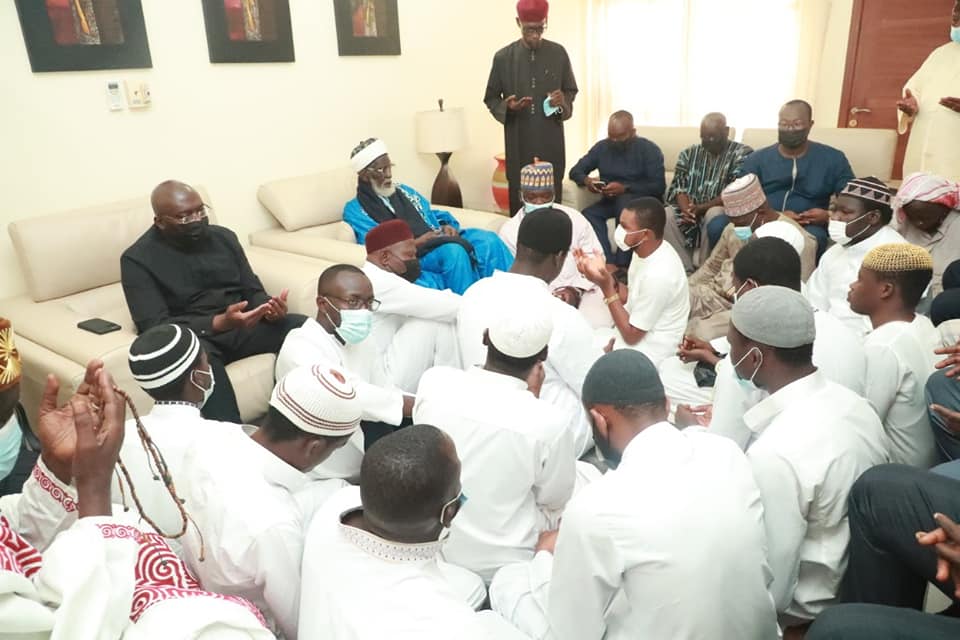 News of the death of Vice President, Dr Mahamudu Bawumia‘s mother, Hajia Mariama, has attracted government officials, men of God, and other high-profile personalities to his residence.

Scores of New Patriotic Party (NPP) bigwigs, parliamentarians from both the Minority and Majority sides have also trooped to his house to commiserate with him.

The Ag Inspector-General of Police (IGP), Dr George Akuffo Dampare, also led a delegation to pay homage together with the heads of the various security services.

Meanwhile, a book of condolence has been opened at Dr Bawumia’s residence in her honour.

She passed on at a facility in Accra where she was undergoing treatment aged 82.

Her burial has been scheduled for Tuesday, September 14, 2021, at Walewale in accordance with Islamic customs.