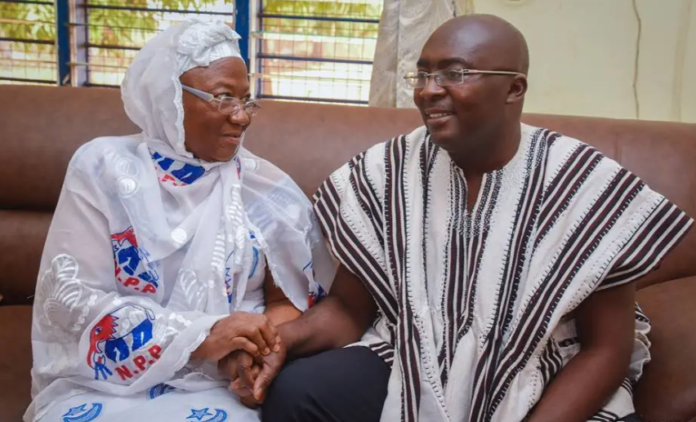 The burial arrangement of Hajia Mariama Bawumia, the late mother of Vice President, Mahamudu Bawumia has been announced.

The octogenarian will be laid to rest on Tuesday, September 14, 2021, in Walewale in the North East region.

The Vice President announced the date in a post on Facebook whiles announcing the sd passing of the woman he affectionately calls Maame.

Hajia Mariama who died two days from her 82nd birthday had been unwell for some time and had been hospitalised prior to her passing.

The Kpasenkpe native was one of the first northern female students to have gained admission to the Wesley Girls High School in Cape Coast in the Central Region.

Dr Bawumia described his mother “as caring and supportive” and prayed for Allah to grant her eternal rest.