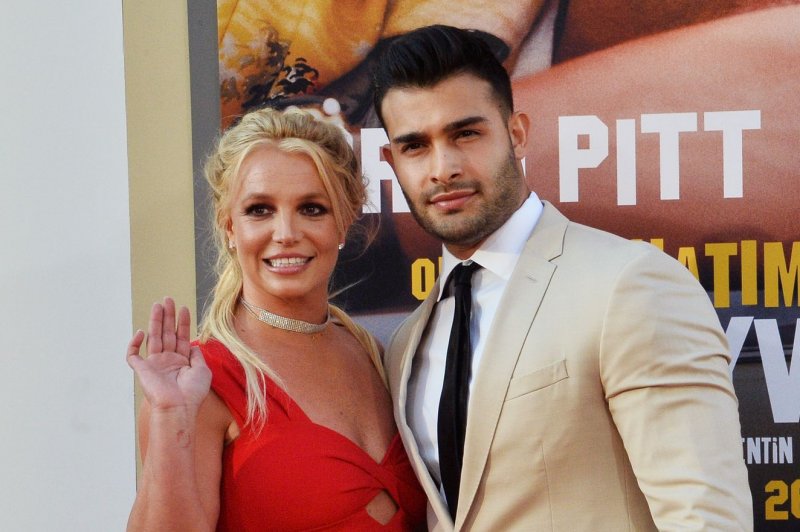 Watch: Radiohead: Businesspeople are kidnapped in new video for ‘If You Say the Word’

Sept. 13 (UPI) — Pop singer Britney Spears has announced she is engaged to boyfriend, Sam Asghari, amid a legal fight over her conservatorship.

In a video posted to Instagram on Sunday, the Toxic singer flashed a diamond ring while standing beside her beau.

“Yes!” Spears screamed as the short clip cuts off.

In the caption to the video, the 39-year-old singer wrote that she “can’t [expletive] believe it,” which was followed by several diamond ring emojis.

Asghari, a personal trainer, also announced the engagement on his Instagram page with a picture of Spears’ raised hand showing off her new piece of jewelery obscuring them while in an embrace.

Asghari’s talent manager, Brandon Cohen, confirmed the engagement in a statement to The New York Times.

“The couple made their longstanding relationship official today and are deeply touched by the support, dedication and love expressed to them,” Cohen said.

In a statement to ABC News, Roman Malayev, the New York City jeweler who designed the ring, said his company Forever Diamonds NY “couldn’t feel more honored to create this ring for such a special couple.”

“Their journey together has touched people around the world and we’re so excited to be a part of their forever,” he said.

The company has called the ring’s setting “The Britney” in honor of the singer.

According to its website, Malayev “worked hand-in-hand” with Asghari on the ring setting.

The pair started dating after meeting on the set of Spears’ Slumber Party music video that debuted in November of 2016.

The announcement of their engagement was made amid a protracted fight over the conservatorship of her multi-million-dollar estate, which her father, Jamie Spears, has had control of for some 13 years since his daughter was placed on a psychiatric hold in 2008.

Jamie spears less than a week ago petitioned to end the arrangement, saying “grounds for establishment of a conservatorship may no longer exist.”

The singer had asked the courts to end the court-ordered conservatorship, alleging she had faced abuse at the hands of her family and her father, whom she said “loved the control to hurt” her.

She said that under the conservatorship she is not allowed to be alone in a car with Asghari and they are unable to have children as she is prevented under it from removing her intrauterine device.

“I want to be able to get married and have a baby,” she said. “I was told I can’t get married.”

Spears has been married twice previously.

The singer married childhood friend Jason Alexander for 55 hours in Las Vegas in 2004. That same year, she and backup singer Kevin Federline tied the knot, but their relationship ended in divorce in 2007. They share two children.

Watch: Radiohead: Businesspeople are kidnapped in new video for ‘If You Say the Word’