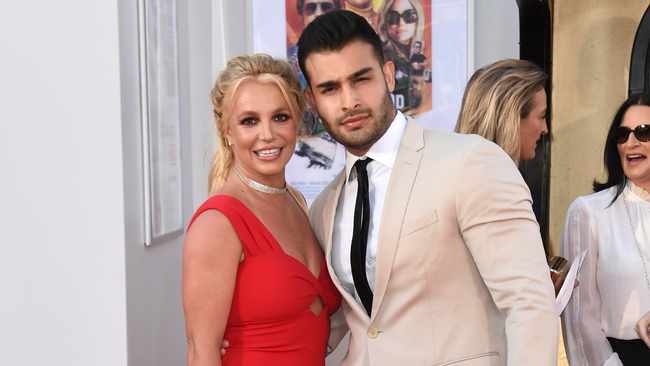 Spears made the official announcement on Sunday on her Instagram page.

Showing the rock on her finger with Sam, she wrote, “I can’t f***ing believe it.” She shared the news on Instagram with several ring emojis in her caption.

In a video, Britney is seen waving her hand with the massive diamond ring in front of the camera with a slight grin before kissing a smiling Sam on the cheek.

In the video, Sam asks looking at Britney, “Look at that, you like it?” and a happy Britney said, “Yeah.”

Meanwhile, Sam shared another look at the ring on his own Instagram account, where he tagged Britney and left a simple prince-and-princess emoji caption.

“The couple made their longstanding relationship official today and are deeply touched by the support, dedication, and love expressed to them,”

Britney wants to retain the services of Jodi Montgomery her personal conservator, even if her conservatorship ends.

The 39-year-old pop singer hasn’t had control of her affairs since 2008 and though she’s called for her dad, Jamie Spears, to step down from his position as co-conservator – which he subsequently agreed to and has now filed documents asking for the entire conservatorship to be removed – she is keen to keep Jodi Montgomery on her payroll for the foreseeable future.

Sources told TMZ Britney has told “multiple people” that she’s already asked her personal conservator to stay on and assist her by performing tasks including dealing with her doctors, making appointments and ensuring she takes the right medication, as well as handling the staff in her house, including arranging meals with her chefs, and organising trips for her.

And Jodi is said to have agreed to stay on even if the conservatorship ends.