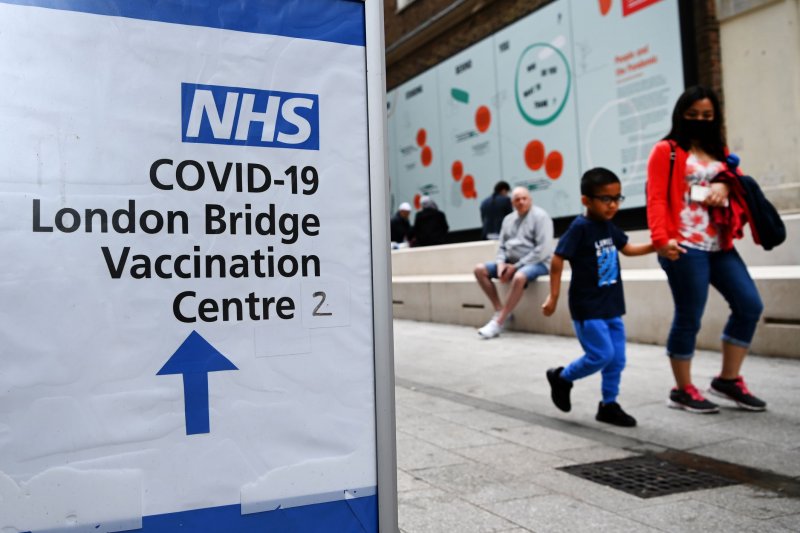 Sept. 13 (UPI) — Children in Britain aged 12 to 15 can be offered their first Pfizer vaccination dose as soon as possible, health officials decided Monday.

Britain’s medical officers said that vaccination services can begin in school and a second dose can potentially be given depending on the results of the first dose.

Until now, children with health problems and those living with clinically vulnerable people have been offered doses.

The JCVI advised the medical officers to take into account the wider impact of vaccinations. Officials said their decision was built on JCVI’s recommendations, not against it.

They cited mental health concerns for students, disruption in learning, and reducing public health harm. A letter to health secretary Sajid Javid said that the evidence of children being less likely to suffer severe symptoms coupled with damage caused by disrupted schooling were driving factors.

A spokesperson from the Department of Health and Social Care said an official decision will be made shortly.

There are 48.4 million people in Britain who have received their first vaccination dose.