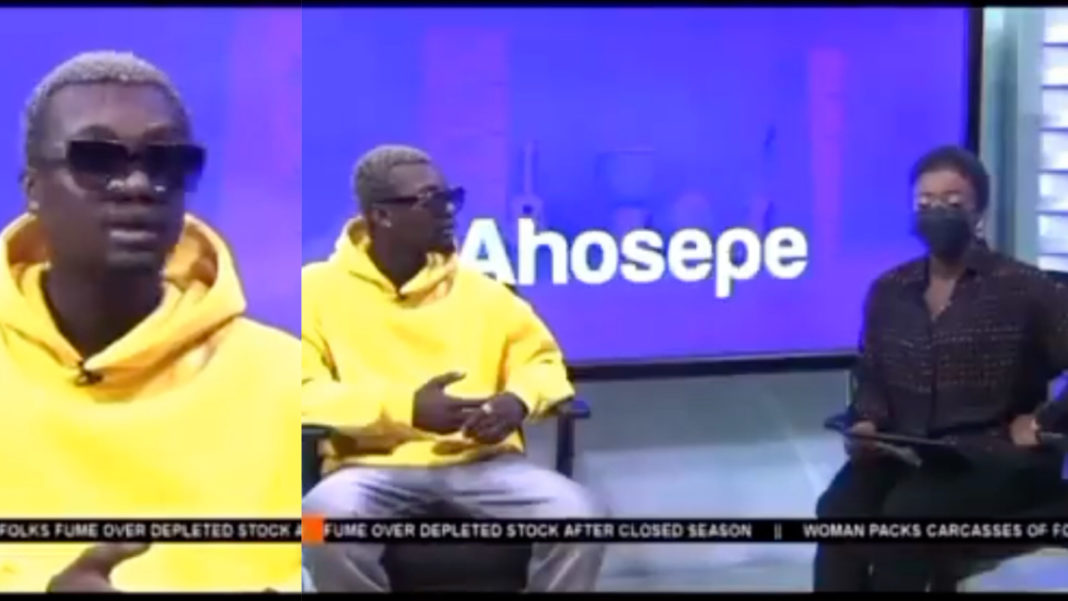 Yaw Bwrk did not know where to hide his face when a listener called in during a tv interview to request his clothes.

According to the listener, Yaw Berk has failed to return his clothes after coming for them with a promise of returning them within days.

He added that Yaw Berk has been playing hide and seek with him ever since he came for his clothes thus he needs the singer to return the clothes ASAP.

The facial expression on Yaw Berk spoke volumes about his horror at the words from the listener. He did not admit or deny what the listener had said.

The presenter had to stop the listener from causing further reputational damage by cutting the line. Clearly, not what Yaw Berk would have expected.

Mistress allegedly pours hot water on housewife in her sleep