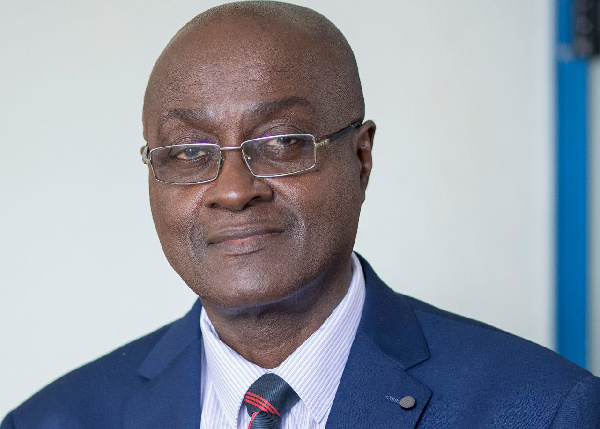 Finance expert and former banker, Dr. Richmond Atuahene, has said that calls for banks to close the lending-policy rates gap is not feasible now – given certain prevailing factors such as Treasury bill rates, high policy rate, reserve ratio, among other things, which make it impossible for them to significantly drop interest rates.

While the policy rate stands at 13.5 percent, average lending rate of banks are around 21 percent – with some banks even charging as high as 25 percent on loans. It is against this background that many, including businesses and even President Akufo-Addo, have called it unacceptable and in effect called on banks to close that wide gap.

But in an interview with the B&FT, Dr. Atuahene said it is practically impossible for banks by themselves to close that gap, whereas government is borrowing on the domestic market at attractive rates; as well as and other fundamentals which are not working in favour of the industry.

“Government is competing seriously with the banks for deposits. If government is competing seriously by borrowing at 16 percent for the one-year bill, and you also want a loan from the bank, it will be priced above 16 percent. And if banks are giving out loans they take into consideration the primary reserve ratio, which is around 8 percent. What this means is that for every GH¢100 deposit, banks have to deposit GH¢8 with the Bank of Ghana – and that amount has no interest on it.

“And if banks also want to borrow money from the central bank, it is the prevailing policy rate that is used as interest. So, there are a lot of factors that go into determining the pricing of loans; but unfortunately, people are thinking the banks are just not being considerate. But if you look at the structural imbalances in the economy, you cannot blame the banks.

“And every sector has its own risk. Some sectors will definitely attract higher rates than others, given their risk level – especially sectors that are providing services for government. Banks cannot reprice their loans because those businesses are not paid on time by government. And after giving the risk premium, banks must also add a margin to cover their operating expenses. So is not as simple as people think. Banks just can’t bring their lending rates down closer to the policy rate when all these factors exist,” he said.

Commenting on suggestions that it is about time lending rates are controlled by capping them, Dr. Atuahene said that is no longer a practical solution as lending rates must be determined by market forces of demand and supply.

“Others are also advocating for the lending rates to be capped. But we have gone past that argument since the 1980s. We have left the controlled regime and moved to demand and supply-driven factors since the introduction of financial reforms in the 80s. Kenya has tried it and it hasn’t worked, so that is not an option at all.

“So if the lending rate will go down, the first thing to do is for government to check its borrowing. Then the primary reserve must further come down. Thirdly, the Bank of Ghana must also bring the policy rate down – and that will be difficult to do at the moment, because factors such as inflation, exchange rate, among others, are taken into consideration before determining the rate; and these factors are currently not in good form,” he said.