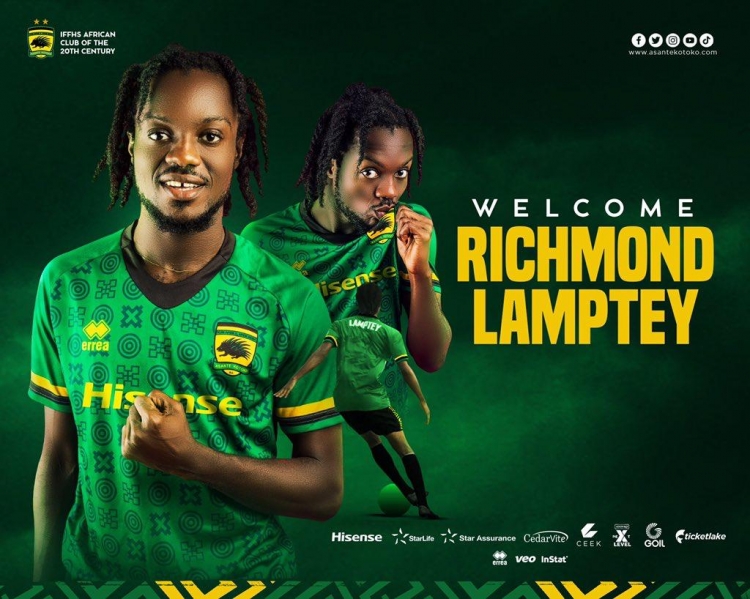 The skillful and pacy midfielder joined the club on a free transfer.

Lamptey was a key performer for Inter Allies who suffered relegation in the 2020/21 Ghana Premier League season.

He left the club following the expiration of his contract.

The left-footed enforcer joins the Porcupine Warriors on a three-year deal.

Lamptey becomes Kotoko’s first signing of the transfer window, with the deal being announced on the club’s social media platforms on Monday.

Lamptey’s contract with Inter Allies will be expiring in October and has decided to join the Porcupine Warriors for the next three seasons.

The Black Stars ‘B’ midfielder scored three goals in 30 matches for Inter Allies.

He made headlines in the just-ended season with his 40-yard thunderbolt strike against Hearts of Oak in the first round of the Ghana Premier League.

Lamptey left WAFA SC in 2018 to join Inter Allies on a free transfer before he was loaned out to Lebanese second-tier outfit Salam Zgharta.

He made 47 appearances in the Ghana Premier League for Inter Allies after joining in 2018.