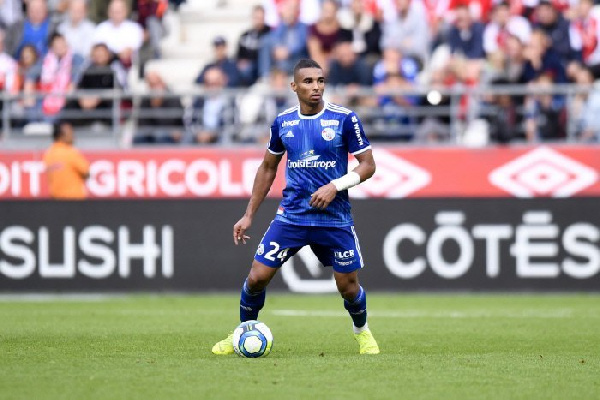 Black Stars defender Alexander Djiku was named captain for Strasbourg in their game against Lyon in the French League on Sunday.

The Ghana International wore the captain’s armband for the first time this season as Strasbourg lost away to Olympique Lyon 3-1.

Moussa Dembele, Jason Denayer, and Lucas Paqueta scored the goals for the French giants to win the game.

Djiku was impressive in the game for the away side as he played the full-throttle after returning from the international break.

He had a 67 percent pass rate made won six duels and seven recoveries in the game. He was rated 7.0 by FotMob for his performance in the game.

The 27-year-old was involved in Ghana’s two games against Ethiopia and South Africa in the 2022 World Cup qualifiers.

The former Bastia defender was impressive in the two games for the Black Stars.

Alexander Djiku has made four appearances for Strasbourg in the ongoing season.