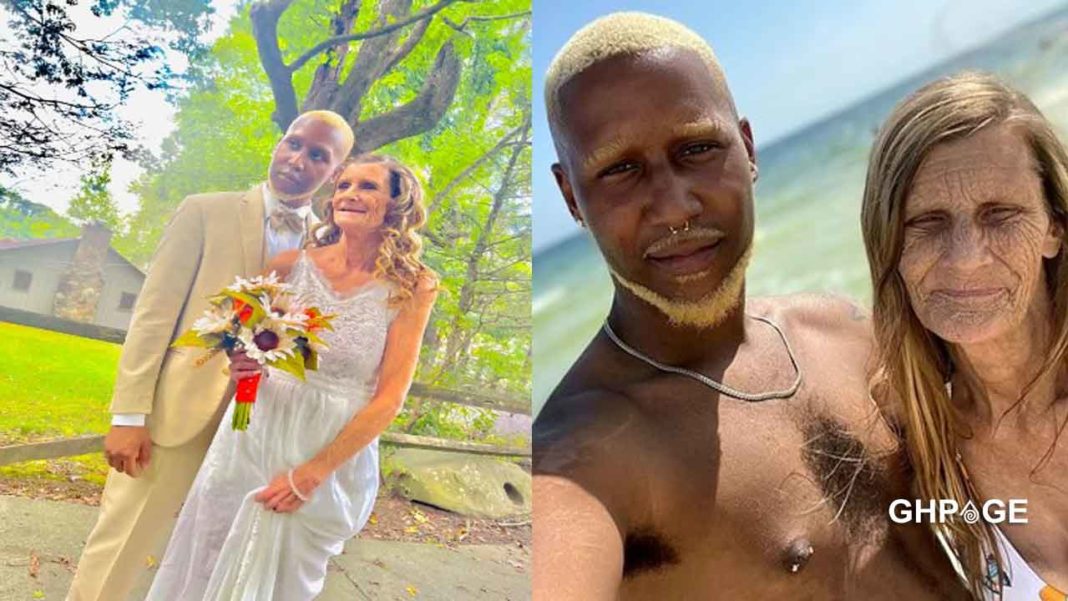 Remember on August 14, 2021 photos and a video went viral that captured the moment of a 24-year-old man and 61-year-old woman having fun.

It came out that the two were lovers, they were engaged. The 61-year-old had fallen in love with a young man who passes as her grandchild.

Quran McCain, 24, and his fiancée, Cheryl McGregor, 61, from Rome, Georgia, took to Instagram to announce their engagement.

The grandma-of-17 and her boyfriend first met when he was just 15, but he insists there were no romantic feelings between them until last year (2020).

The couple shared a video of the moment McCain got down on one knee inside a restaurant to ask Cheryl to marry him.

Well, from new development gathered regards to this piece to news, the two have defied odds to marry.

The couple, Cheryl McGregor and her young lover, Quran McCain got married on September 3 in a simple ceremony.

Photos of the moment have now splashed on the internet, Check a few below;