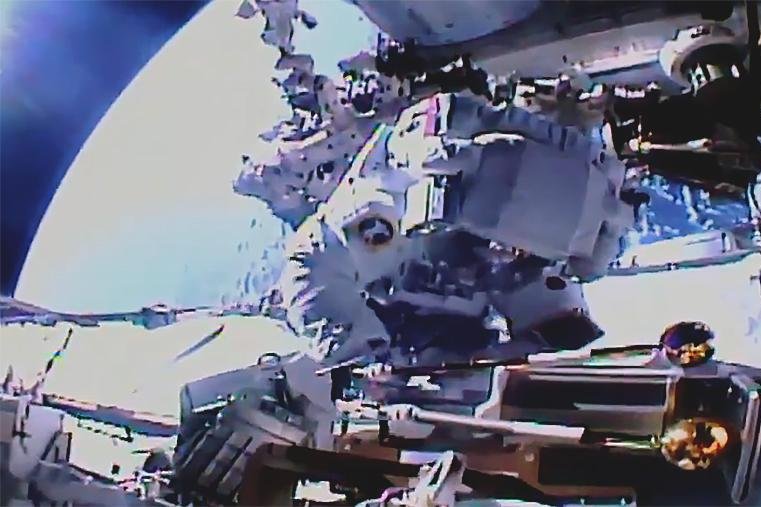 Typhoon Mindulle could become a super typhoon and threaten Japan

Elon Musk and Grimes have ’semi-separated’

Sept. 12 (UPI) — Astronauts Thomas Pesquet of France and Akihiko Hoshide of Japan conducted a six-hour and 54-minute spacewalk outside the International Space Station on Sunday, installing a mount for a new solar array, in the first excursion that didn’t involved Americans or Russians.

The spacewalks began at 8:15 a.m. ET and ended at 3:09 p.m., according to NASA. It was the fourth career spacewalk for Hoshide and sixth for Pesquet.

They went into space from the Quest airlock, and worked on the inward port side of the station’s backbone truss structure called P4 — close to the space station’s living space.

Pesquet, wearing a suit with no stripes, and Hoshide, with red stripes, attached a support bracket to the space station in preparation for the future installation of the third of six arrays that provide electricity.

The array will be installed after delivery by a SpaceX Dragon cargo flight in 2022.

The solar first arrays were launched on Dec. 1, 2000 on the STS-97 mission of the Space Shuttle Endeavour.

NASA estimated they consumed between 1,500 and 3,000 calories during their spacewalks.

A 360-degree virtual reality camera filmed the astronauts during their spacewalk, and the footage will be returned to Earth next September.

The mission is the 244th spacewalk and this one was originally scheduled to happen on Aug. 24.

But it was postponed one day earleir because NASA described as a “minor medical issue” experienced by Vande Hei. He later revealed on Twitter he had a pinched nerve in his neck. On Sunday, he provided support from inside the space station.

In all, seven astronauts are aboard, representing the United States, Russia, Japan and France.

They released a video message to Earth to honor those lost and affected by the 9/11 attacks on the World Trade Center in New York City, Pentagon in Washington, D.C. and the Flight 93 crash in Pennsylvania.

“To the victims and their families, survivors and first responders, we remember,” Kimbrough said with an American flag floating in the background. “The horrifying images of that day are still present in so many of our minds.”

- Advertisement -
Share
Facebook
Twitter
Pinterest
WhatsApp
Previous articleWoman dressed as nun seen dancing with skeletons in graveyard [Photos]
Next article“I am lucky to love and be loved back” – Tanzanian politician, Petro Magoti hails and thanks wife for agreeing to marry him » ™
- Advertisement -

Typhoon Mindulle could become a super typhoon and threaten Japan

Elon Musk and Grimes have ’semi-separated’