Water for all mantra is not mere slogan 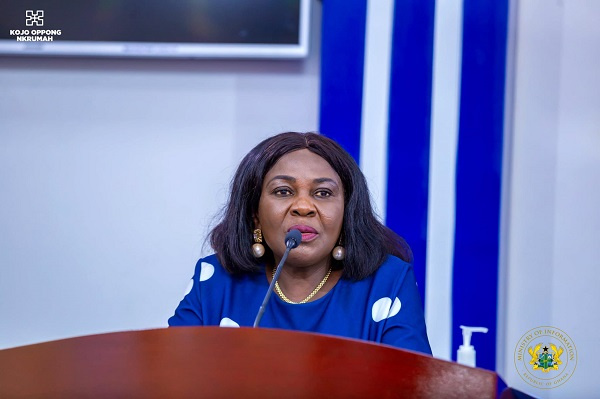 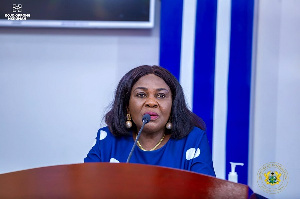 Cecilia Dapaah, the Minister of Sanitation and Water Resources, has said the Government was delivering on its promise to distribute water to all communities in the country.

According to her, close to six million Ghanaians were being placed on safe water networks, thanks to a billion-dollar recent investments in water projects across the country, which was an ambitious venture that endorsed the President’s mantra of “water for all”.

“Our mantra of ‘water for all’ is not just a slogan. If people say we are sloganeering it is not true. It is not factual. Everything we want to do, we will do,” Madam Dapaah said.

The Minister was interacting with the media during a working tour of the Keta Water Supply project at Agordome in the South Tongu District of the Volta Region and said major water projects were ongoing in Sekondi, Sunyani, Keta, Tamale, and Damongo among other areas and would provide for 5.7 million people by 2023.

She said Government’s progress along the SDGs had been enriched as a result and lauded the efforts of all with stakes in the project, including the host communities who contributed land and other vital support.

Madam Dapaah said the President, who personally cut the sod for the projects, held them in high esteem and expected value for money as well as timely and quality delivery.

The Government had made it a policy that all villages, hamlets and towns through which the main pipelines travelled, must be fed, and also ensure that the project’s lifespan was extended by at least a decade, she said.

Madam Dapaah appealed to community stakeholders to continue to support the intervention and demanded that the Ghana Water Company Limited paid the necessary compensations on land and other resources acquired.

The Keta Water extension is an 85-million-Euro project to supply to some 422,000 people in the Keta environs.