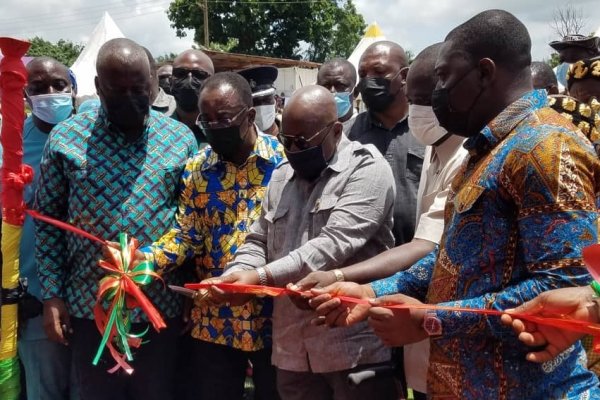 Adonkwanta (O/R), Sept. 9, GNA – President Nana Addo Dankwa Akufo Addo has commissioned a yam and cassava processing factory under One District One Factory (1D1F) initiative at Adonkwanta on the Krachi East District of the Oti Region. 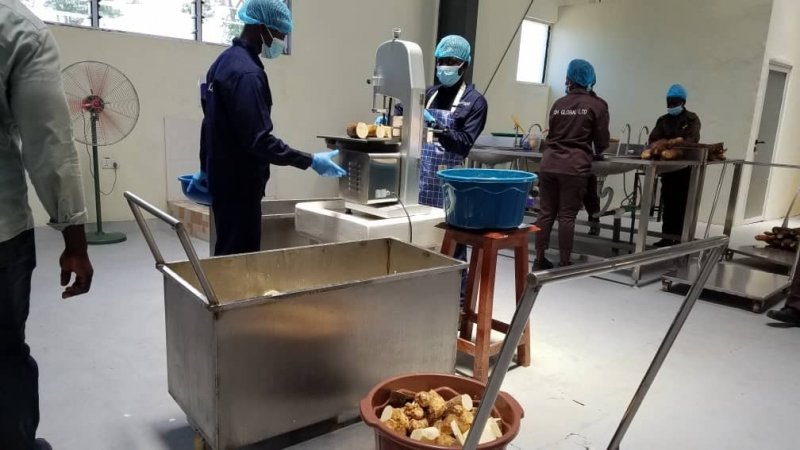 The CH Foods, a fully Ghanian owned factory, is the first ever 1D1F initiative in the Oti Region and is a GHC10million facility funded by the Ghana Exim Bank. 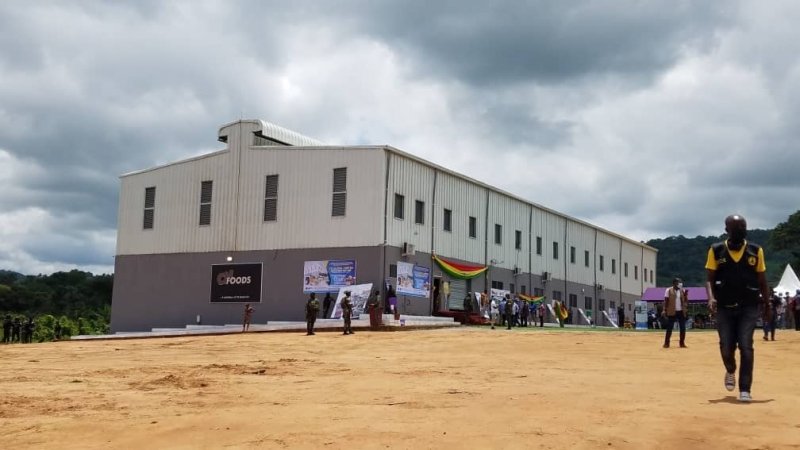 The President who was on a two-day visit to the Oti and Volta Regions in the company of Dr. Owusu Afriye Akoto, Minister of Agriculture, and the Ministers of Health, and Road among others, toured the facility and was briefed on its operations.
Frank Afari Ankamah, Director, Business Development and Promotions of CH Global Limited, said the company stood to maximize and utilize every aspect of tuber crops and add value to the processes and chain. 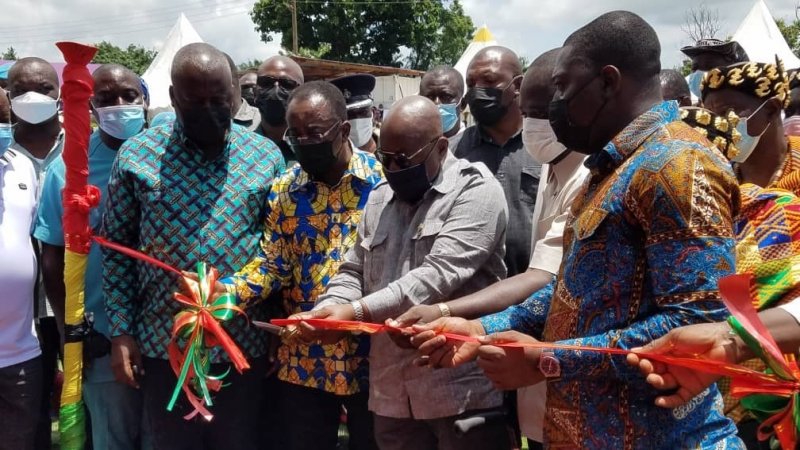 The factory currently processes 800 tubers of yam per day into chips and frozen yam balls, and the Business Development Director said a cassava production line will be installed in 2022, to process 1050 tubers a day into cassava chips.
Its production space covers 1200 square meters and employs about 50 permanent workers and over 200 casuals.
Mr. Ankamah said by-products would be used to produce livestock feed, and a 100-acre farm for yam and cassava was being established to employ 80 people.
He added that the company was engaging with various farmer associations in the area, who have become indirect employees.
Mr. Ankamah said newly developed products would soon be introduced.
Work began on the factory in 2019, and is expected to boost the agrarian fortunes of a Region known to be a major production hub of the root tubers.
Mr. Lawrence Aziale, Jasikan District Chief Executive, told the Ghana News Agency that as the biggest yam producer in the country, the factory would add to employment avenues and address post-harvest losses.
He said the Region must acknowledge the President’s commitment to industrialization, adding, “the 1D1F is not a propaganda. Nobody dreamt that there will be a factory here”.
President Akufo Addo as part of the tour, will view ongoing projects in the newly created Oti Region, which includes an office complex for the Oti Regional Coordinating Council, and a multimillion-dollar integrated waste treatment facility for the Region.
He will also inspect construction of major roads such as the Eastern Corridor superhighway.
- Advertisement -

No revision to 1.75 per cent E-levy— Finance Minister