Why should Mahama apologize for his ‘do or die’ comment? – Onasis Kobby asks 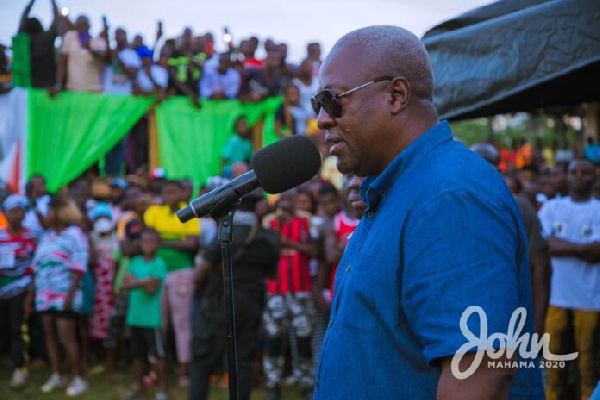 • He says that John Mahama will not apologize for the comments

Onasis Kobby, the Deputy Ashanti Regional Youth Organizer of the National Democratic Congress, NDC, has put up a spirited defence and justification of the ‘do or die’ comment made by former President John Dramani Mahama.

In the view of Onasis Kobby, the statement by the NDC Flagbearer for the 2020 elections is a clarion call on the party’s hierarchy to be vigilant during the 2024 elections.

Speaking on Joy Prime, Onasis sought to dispel notions that John Mahama was beating war drums with his comment.

He exhorted members of the NDC to accept the call to duty by John Mahama and ensure that they remain vigilant in 2024.

“There is nothing for Mahama to apologize for. There is absolutely nothing. Some of us would want to be encouraged. Some of us have no trust in civil society. They have all gone silent over the killings in the country. None of them said anything. Mahama has done no wrong and will not apologize,” he said.

John Dramani Mahama has been criticized by some public figures who assert that his statement has the tendency of destabilizing the country in the 2024 elections.

Calls have been made for him to withdraw his comments but the former President insists that his comment does not amount to the proverbial saying of ‘beating war drums’.

“It is an English idiom, which means a critical assignment to ensure that you do the needful to achieve an intended result,” John Mahama explained.