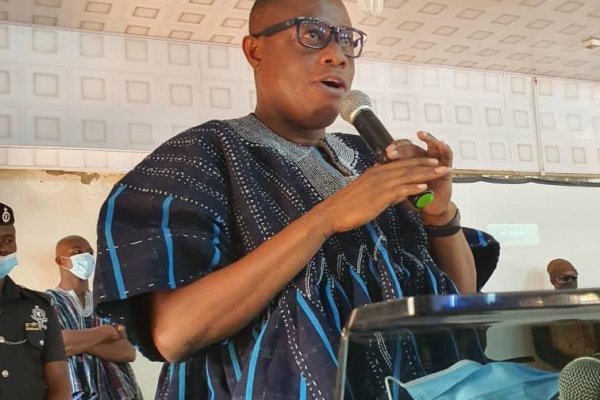 Damongo (S/R), Sept. 08, GNA – The West Gonja Municipal Assembly in the Savannah Region, as at June 30, 2021, collected GH¢141,754.
89 as internally generated funds falling short of meeting its half-year revenue target of 667,845.
The revenue represents 21.25 per cent of the target, which the Assembly noted was low.
Mr Muhazu Saeed Jibril, the Savannah Regional Minister and Acting West Gonja Municipal Chief Executive, said this in a speech read on his behalf during the First Ordinary Meeting of the Assembly at Damongo.
He said there was need for improvement and innovation to increase revenue generation to reduce the over reliance on the Central Government for funding.
He noted that fees and property rates were the major sources of revenue to the Assembly saying; “We would have to strengthen our spatial land use planning committee and the technical committee to attract revenue from building permits.”
Mr Jibril announced that during the period, The Ministry of Local Government, Decentralisation and Rural Development had released GH¢520,000.00 to the Assembly in respect of the 2019 District Assemblies Performance Assessment Tool (DPAT).
“Consequently, the following projects have been awarded as follows; procurement of 750 wooden mono desks for JHS, procurement of 600 wooden dual desks for primary school, rehabilitation of 1-4 unit and 1-3 unit classroom blocks for the Presby School in Damongo,” he said.

Touching on the District Assemblies’ Common Fund, which serves as pivot around the development pursuits of the Assembly, Mr Jibril said: “It is lamentable to mention that the Assembly has not received this fund up till date.”

“I am, however, optimistic that it shall not be long when we would certainly receive our share of the fund to implement our development plans.”

Touching on education Mr Jibril said the Assembly had engaged in consultations to establish a senior high school (SHS) at Busunu in the region, adding; “A parcel of land was released between the Busunu-Tailorpe Highway for construction of the SHS”.

“The source of funding is the World Bank and it will be a boarding institution with the state-of-the-art facilities like classroom blocks, dining hall, dormitories, library, and assembly hall.”

On security he said the frequent armed robberies recorded in parts of the Municipality had reduced.
GNA