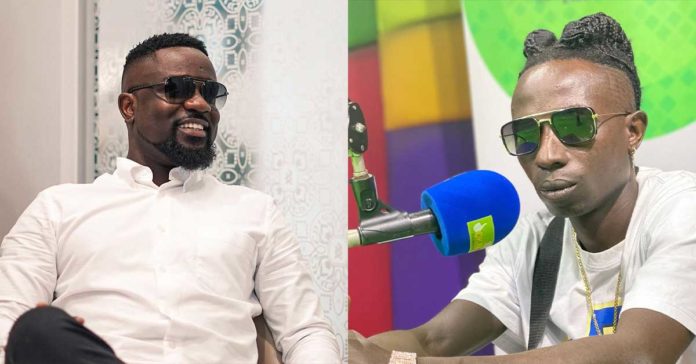 Ghanaian musician Patapaa, known in private life as Justice Amoah, has once again vented his anger on Sarkodie over a line he used in a song he featured in several years ago.

Multiple award-winning Ghanaian rapper Sarkodie, while delivering a verse on YPee’s ‘Meye Guy’ remix in 2018 dropped a line that suggested that Patapaa would have come to perform at his funeral if he had not made it in life.

After 3 years since he delivered that line, Patapaa has now deemed it as disrespectful following a similar line Amerado used during his rap battle with Obibini.

According to him, since Sarkodie made fun of him with that line, other musicians have been doing similarly using his name.

During a new interview on Okay FM, the Swedru based musician insisted that the lyrics are disrespectful to him though Abeiku Santana suggested to him that his colleague rapper used his name as a metaphor and not necessarily to disrespect him.

However, Patapeezy refused to accept such an explanation, saying “then he could have used his wife to rhyme, not me”. In a heated moment, as Abeiku Santana tried to calm him down, he added that “you see the guy no get sense”.