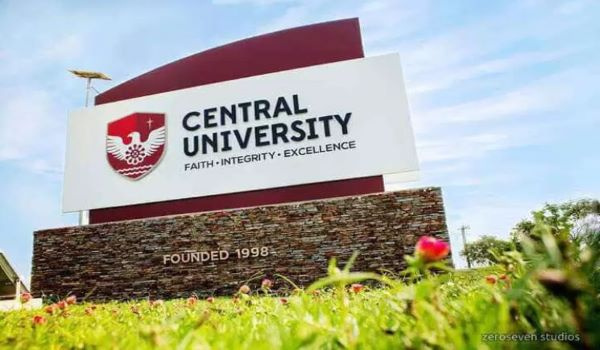 • Students of the school, say they have for the past few weeks, been subjected to these attacks

Management of the Central University-Miotso Campus have said the increasing robbery attacks on its campus ‘can be can be compared to that of other schools’.

The response comes on the back of agitations by students over their safety on campus following an increase in robbery attacks at the school.

A statement issued and signed by the Registrar of school stressed that, the impression created in media reports about the robbery attacks, is not reflective of the current situation.

“The Management of Central University has noted with concern, a number of media voices which seek to create the impression that the Miotso Campus of the University is unsafe for students. The University makes every effort to keep the campus safe and to provide all students, employees, and visitors with a positive experience while on campus,” the statement read in part.

“The level of serious crime and theft on campus is comparable to what obtains on a typical university campus across the country. Indeed, for the whole of the second semester of the 2020/21 academic year, there were only 6 reported cases of armed robbery within or outside the campus,” it added.

According to the school authorities, students who are currently living on campus are doing so in ‘a congenial and safe environment’.

Students have however been urged to be more cautious about accommodation facilities that have sprung up around in communities close to the school.

“Students who patronise these facilities are required to take extra caution when coming from their hostels or leaving the campus. The few reported incidents of robberies have been targeted at these students,” the statement added.

But as part of the University’s response to mitigate the persistent attacks on the students, it said has collaborated with the Prampram Police to conduct routine patrols within the school.

It added it will further increase awareness to remind students to be circumspect about their safety within and outside the school premises.

Read the statement below

For the past three weeks, students of the Central University-Miotso school say they have been subjected to numerous robbery attacks by armed men which has raised huge safety concerns.

Some of them who spoke anonymously to GhanaWeb to avoid being vilified by the school authorities said the management of the school have not been proactive in ensuring their safety.

“Access routes to the school are in total darkness at night as a result of non-functioning street lights and this has endangered students who often use the ‘bush road’ to their hostels and campus buildings,” said an aggrieved student.

“In the past week alone, over half a dozen students and domestic staff have been attacked and their belongings snatched from them, the student added.

Another student who wrote anonymously to GhanaWeb said: “the rate of safety for students in and outside campus is very low. This circumstance has attracted armed robbers who lay in ambush to attack students who use the bush roads to their hostels and campus. Upon discovery, places like Corner Stone and the Main Administration block are where these attacks often happen.”

Student leaders on Wednesday, September 8, 2021 petitioned the management of the school over the robbery attacks, demanding that their safety concerns are addressed.

“Instead Of Using His Situation As A Lesson, You Are Showing Your Ignorance”-Netizen Slams DKB Following His Advice To T.T