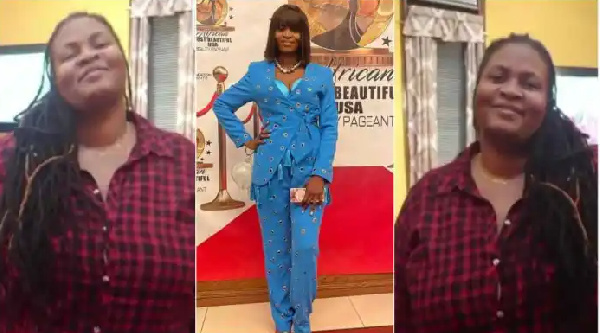 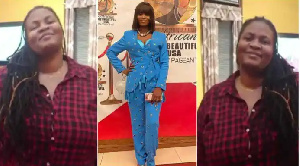 • Ayisha said initially her body mass was over 408lbms

Ayisha Modi has claimed that she has spent a whopping sum of $40,000, an equivalent of GHC250, 000 in a bid to lose an overwhelming amount of weight.

Ayisha who once had a plus size figure said she spent so much money and resources to maintain her current slim look which most people have criticized on social media.

Her comments were in reaction to Afia Schwarzenegger’s claims that Ayisha’s weight loss is as a result of drug abuse.

While scores of social media users are alleging that the music investor might have been suffering some chronic illness, Afia on the other hand claimed that Ayisha’s sudden weight loss is a result of the constant abuse of hard drugs.

It was in this light that Ayisha Modi was compelled to address the rumours, particularly Afia Schwarzenegger’s ‘drug abuse’ revelations.

Ayisha among other things disclosed that she was motivated to enroll on a weight loss plan after a visit to the hospital revealed that she had a body mass index of 408, a little over the normal index.

“Physical fitness is the first requisite of happiness, I never knew about what BMI(Body Mass Index) was until I visited the hospital for my health check, I weighed 408, which wasn’t right, I spent over 40 thousand dollars to work on my weight loss, the vitamins, the food and other things, it cost a lot to look healthy. Let me tell you you something, am really tired in this life, I have sacrificed a lot for people and it’s time for me to enjoy life, it’s time to take good care of myself so if you think that “I” Ayisha Modi is sick because of my weight lose then you must be really sick. If you think being fat makes you healthy then I bless you with a lot of fatness. I do what I like and not what you guys want me to do,” she stated.

“At least I am not like others who travelled to work on their body but due to diabetes they were sacked, Aaarh if humans want to talk about me aarh fufu funu who recently went to Kumasi to fix that tiny ass and a cheap sickler who gave birth with someone’s husband also want to talk about me. I will motivate everyone to check their health,” she added 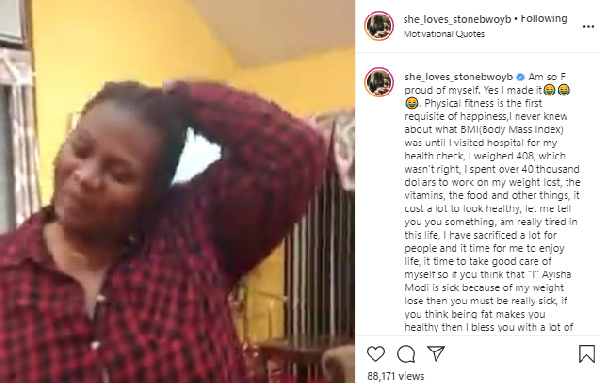