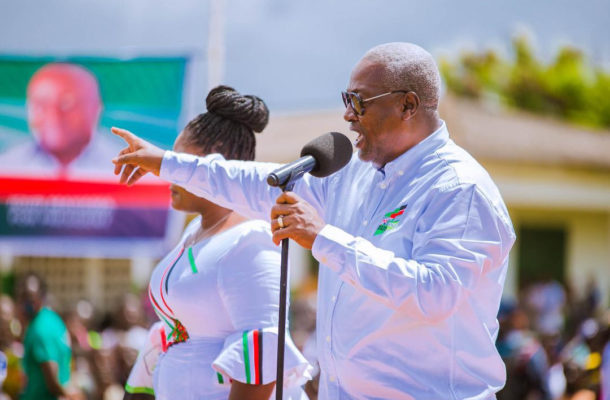 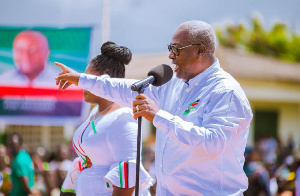 The main opposition National Democratic Congress, NDC, flagbearer in the 2020 election Mr John Dramani Mahama has said the party will not wait to petition the Supreme Court of Ghana with their electoral grievance.

It is for his reason that the NDC will have to treat the 2024 election as a ‘do-or-die’ affair especially at the polling station level.

He added in an interview on Akina FM in the Bono Region that the party has learnt its lessons from the 2020 election, and won’t wait to let those lessons repeat.

He said he went to court just to calm down tensions but sounded a warning that the party will tackle the 2024 election in a “do or die” manner.

Portions of what Mahama said

“The right thing must be done during the polls. In 2024, we will win the elections at the polling station and won’t wait for collation centre results nor petition the Supreme Court.

“There at the collation centers and polling stations, we will make sure that everything is free, transparent and fair. We don’t want to cheat them and we don’t want to be cheated. Let the vote be clean and whatever is on the hearts of voters be done.”

Despite facing some backlash over his choice of words with some calling on him to retract, the former president still stands by his words.

In an interview to a Techiman-based Akina Fm on Tuesday, 7, 2021 as part of his nationwide thank you tour, Mr Mahama said his call for do or die approach is meant to protect the sanctity of the ballots.

“Everybody should look it out in the dictionary. It’s different from ‘all die be die’. I say it’s a ‘do or die’ affair.”

“They say whatever happens learn from it. In 2020 we have also learnt our lessons. The elections would be won or lost at the polling station. He said

“We won’t wait for collation center or Supreme Court, no! At the Collation Center and Polling Station we would do everything possible to make sure that the election is Free and Fair.” The 2020 Presidential Candidate for the NDC warned.

The NDC alleged several errors in the electoral results but the EC boss was covered by the court from appearing for questioning.