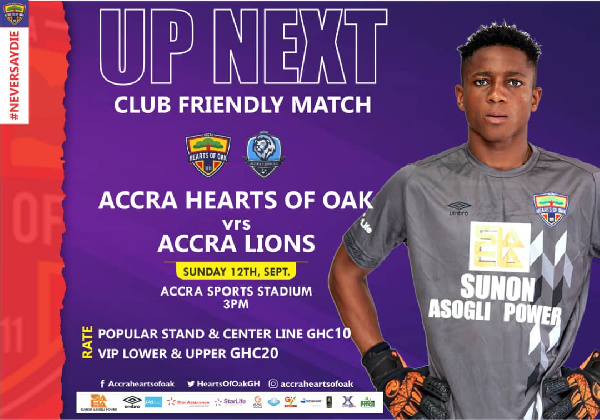 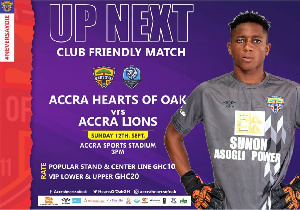 The game is part of Hearts of Oak preparations for Africa

Ghana Premier League Champions, Accra Hearts of Oak have announced that they will be playing a friendly match with Accra Lions FC on Sunday, September 12, 2021.

The Phobians in the last few weeks have been training as part of preparations for the CAF Champions League game against Guinean outfit CI Kamsar.

Having already played a number of friendly matches, the club is now gearing up for another warm-up game.

In a post on Hearts of Oak’s Twitter page, the club has announced that the next game will be played against Accra Lions FC.

The encounter is scheduled to be staged at the Accra Sports Stadium on Sunday and will kick off at 15:00GMT.

After that game, Hearts of Oak will turn attention to hosting CI Kamsar at the same stadium the following week.

The team will hope to emerge victorious to advance to the next stage of the preliminary stage of the CAF Champions League.