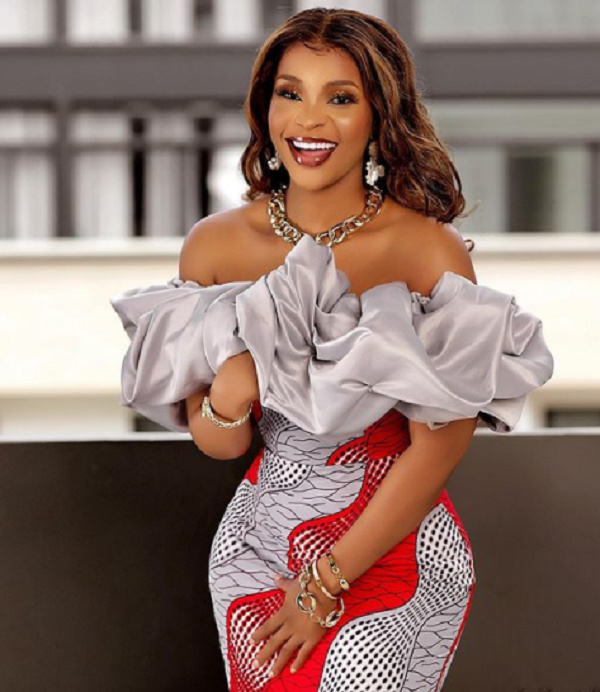 • Actress Benedicta Gafah has sent word of caution to haters

• According to her, their evil intentions can not prevail

• Adding that nothing can stop a good person from being successful

Actress Benedicta Gafah has reminded haters that no amount of their evil deeds can hold the blessings of an individual with a good heart.

The actress in a post sighted by GhanaWeb on Wednesday, September 8, 2021, advised haters and naysayers to get a life and also focus on working themselves.

According to her, such individuals are noted for downplaying the efforts of hardworking people in society.

In her post, Benedicta was captured seated on a couch while sipping on tea.

The photo was captioned: “Just a gentle reminder, have you realized that the person you hate with passion is doing extremely well in real life. Have you realized your evil intentions and jealousy couldn’t stop the person from achieving the success he or she deserves.”

She further went hard on ‘haters’ with a call on them to wise up.

“Don’t you feel stupid sometimes, sua nyansah, focus and work on yourself,” she wrote. 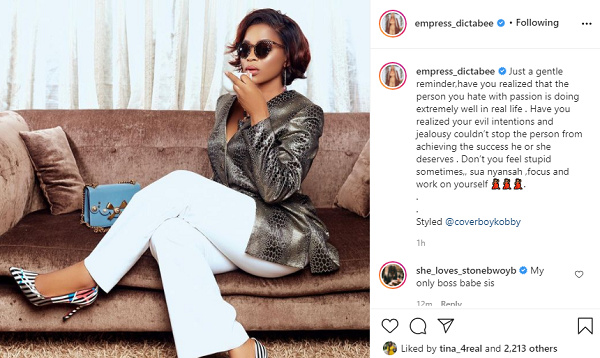