‘Do or Die’: Politicians must watch what they say 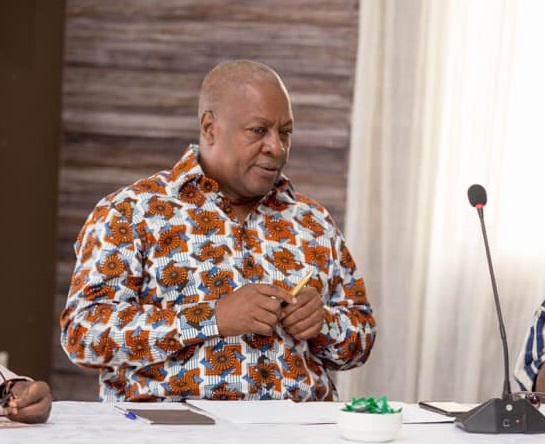 A Governance Expert, Professor Emmanuel Osei Asiamah has cautioned political leaders to be careful about the kind of words they use when speaking publicly.

The caution comes following comments made by the Former President, John Dramani Mahama that the 2024 election will be a ‘Do or Die’ affair.

Mr. John Dramani Mahama declared that the 2024 elections will be a ‘Do or Die’ affair at the polling stations.

He also stated that the party will go all out to ensure victory come 2024.

The Flagbearer of the NDC made the comments at Techiman in the Bono East Region on Tuesday, September 7, 2021, during a self-promotional tour across the country.

He said the NDC had learnt its lessons from the 2020 elections, hence the ‘Do or Die’ comments.

“Elections have become life and death in this country. The use of the Delta Force and Invincible Forces by the NPP in the 2020 elections is a wake-up call for us to adequately prepare for 2024. We must not fail the party in 2024. We must do all we can to win. 2024 will be a do-or-die affair” he said.

Speaking on Atinka TV’s morning show, Ghana Nie hosted by Ekourba Gyasi Simpremu, Professor Emmanuel Osei Asiamah said the leaders must be careful when speaking because the masses may misinterpret the actual meanings of their words.

“If you are a leader, be mindful and be careful of whatever comes out of your mouth because people might interpret it differently or take it out of context,” he said.

Professor Emmanuel Osei Asiamah added that “When you are talking, you have to look at the other angle, and be mindful of what you will say because you do not know how your own people will take it,” he said.

Meanwhile, he said the “Do or Die” comments cannot be compared to the “All die be die” comments made by President Nana Addo Dankwa Akufo Addo who was then a presidential candidate of the New Patriotic Party, adding that it depends on the context both used the statements.

He urged African leaders to learn from the Coup in Guinea and work to ensure avoidance of such incidents moving forward.