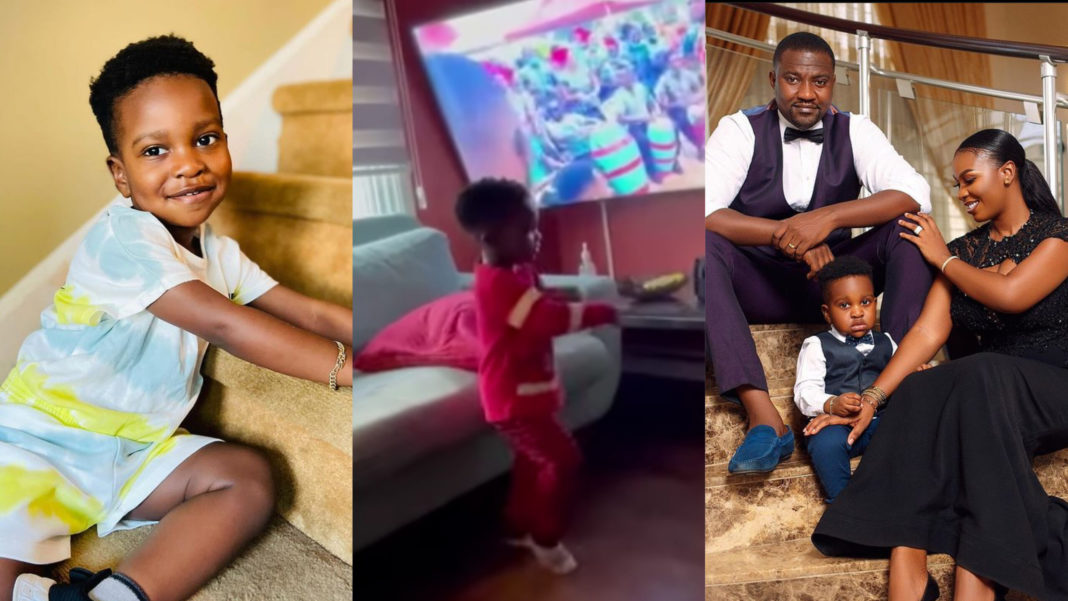 It was a touching scene to see John Dumelo’s son, learn and carry on his father’s tradition.

In a recent video, the young champ was seen demonstrating his superb ‘borborbor’ dancing skills.

A lovely traditional dance from the Volta region, where he was born and where his lineage comes from.

The dance is done by bending down and rolling your hands, which JD junior did quite well but funny too.

The young child, despite his age, was able to demonstrate these amazing dance skills, which attracted the attention of many people who watched it and also fell in love with it as they passed funny comments.