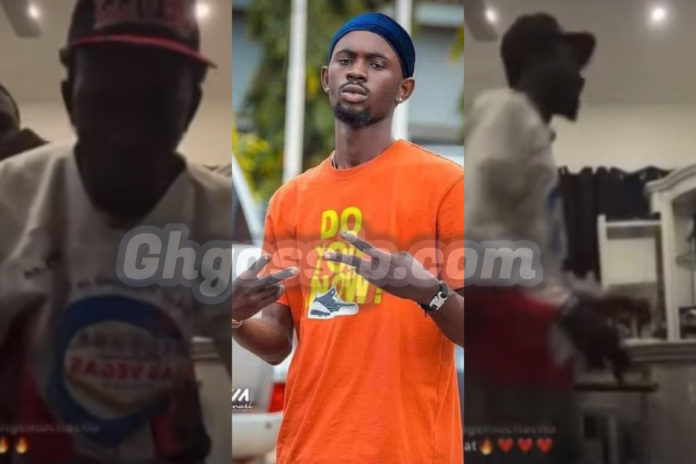 Following the success of his ‘First and Second sermons’ that was released a few months ago, the newest sensation in Hiplife music, Black Sherif is set to drop the “Third sermon” to expand his territory in the industry.

Black Sherif became the talk of the nation after dropping his “First Sermon”. The song gave him unlimited attention from Ghanaians and all music lovers across Africa. Fast forward, Black Sherif thrilled his fanbase with another sensational tune dubbed “Second Sermon”.

The tune actually made him more popular than before. The song actually set new records after gaining 1 million views on YouTube in just six days.

In a recent Instagram live done by the singer, Black Sherif was seen jamming to a tune believed to be his “Third Sermon” which he will be releasing very soon. Fans are anticipated for the release of the tune as many presume it will be mind-blowing.

In other news, award-winning Ghanaian dancehall musician, Charles Nii Armah Mensah Jnr., well known as Shatta Wale has explained the reason why he is not interested in securing a collaboration with his colleagues, Sarkodie and Stonebwoy.

According to Shatta Wale, he does not do music to impress people although many will say it will be nice if he collaborates with these two musicians who were once his rivals in the industry.

Speaking in an interview with Andy Dosty on the Daybreak Hitz show aired on Hitz FM, Shatta Wale stressed the fact that the right measures have not been put in place for artists to make the most of their crafts, thus collaborating with big stars like Sarkodie and Stonebwoy won’t yield the right profits for both parties to share.

My sister wants to repent from her ‘evil’ lifestyle

I’m getting closer to my grave, be kind to my kids when I’m gone-  Joyce Dzidzor Mensah drops an emotional farewell note » ™