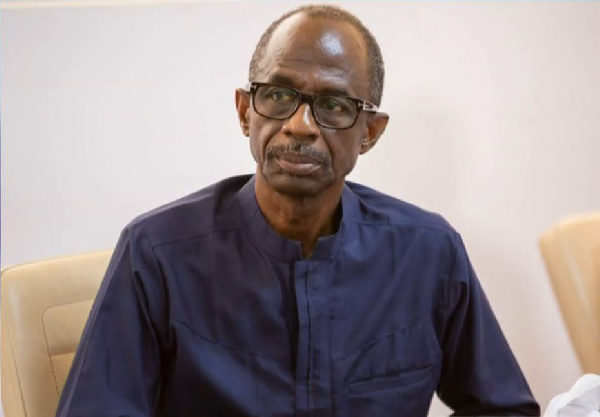 General Secretary of the National Democratic Congress (NDC), Asiedu Nketia has said the conditions that necessitated the overthrow of former Guinean President, Alpha Conde are similar to the conditions in Ghana.

According to him, the situation in Guinea should serve as early warning signs to President Nana Addo Dankwa Akufo Addo.

“I link the similarities of the Guinean situation to the Ghanaian situation so this will be an early warning to us here in Ghana. Yes, we should mend our ways so that we will not go the way the Guineans have gone.

“It is at least an opportunity for us to look at what has happened to people who engaged in criminal conduct elsewhere so if you are not there yet what we have to do is to change our ways.”

On the specific things in Ghana that strike similarities, he said the changing of the constitution in Guinea is the same as the manipulation of the electoral system in Ghana to ensure that people remain in power against the popular will of the people.

He also said the background of Alpha Conde and Nana Akufo Addo shows that they have all spent considerable time in opposition and spent time fighting for democracy and carved an image for themselves as human rights advocates.

According to him, you can have a rule of law and you can rule by law, adding “When the leaders decide to engage in rule by law it means they look at the legal framework; Look for the loopholes and manipulate the laws to achieve their wishes and that is what is happening in Ghana now.”

He told the host of the Sunrise Morning show on 3FM, Alfred Ocansey on Thursday.

“It has never happened in the country when after printing the ballot papers, duplicates of disposal and everything have been issued and eventually you see the same printing house printing more than one million votes and when ballots were intercepted, the ballots had been printed for Nana Addo, who knows how many went to the field? So there are striking similarities of what is happening in Guinea and Ghana.”

He said the government of Nana Addo should look at what caused the coup d’etats and mend its ways since Mali, Guinea, and Ghana have historical links.

“They all made themselves masters of the people, not respecting the rights of people, clamping, and shooting and killing demonstrators.”

“You also heard about the economic situation in Guinea, In Ghana before the elections, there were some increases in salaries for the security agencies but after the elections, they reduced all of them. There was agreement that workers will be having a 10% increase but you said because of COVID you can’t increase it but you proceeded to increase salaries of article 71 people involving you and your ministers.”

Johnson Asiedu Nketia however said he is happy President Akufo Addo is reacting to the danger signs that are showing in Guinea and that has pushed him to refund his salary increases.