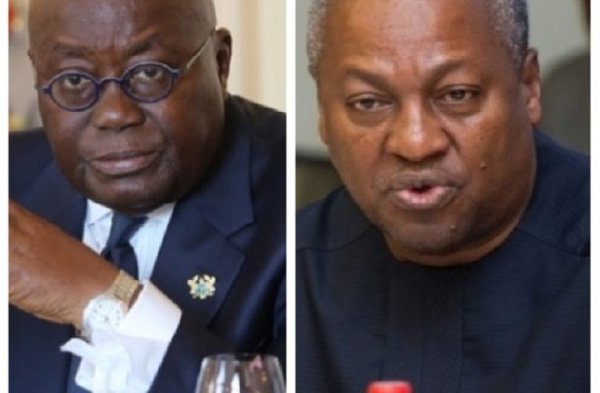 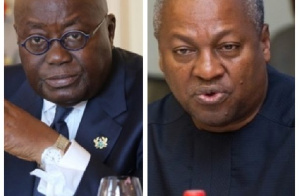 • Some comments made by some presidents have sparked widespread controversy over time.

• They both have been largely criticised for the comments made

’All Die be Die’ remark by Nana Akufo-Addo

In the run to the 2012 general elections, the then-presidential candidate of the New Patriotic Party, Nana Addo Dankwa Akufo-Addo was accused of inciting violence after he made some glaring remarks.

Candidate Akufo-Addo, who at the time was on a campaign tour of the Western Region, in a bid to woo supporters at a meeting to discuss the parliamentary primaries of his party, made the infamous ‘all die be die’ remark.

“They [National Democratic Congress] have intentions to intimidate us in 2012 because they believe that we are soft and cowards. If that is the thinking, then we shall see. At least, during the Atiwa by-election, we showed a little of our colours there,” the 2012 NPP presidential candidate said.

“You must understand that this party was formed by courageous people. Our leaders who formed this party that has now become the biggest political movement in Ghana were not cowards. So, in 2012 we need to be courageous because ‘all die be die’…‘all die be die’,” he repeated.

“Ghanaians are crying for a big change and their only hope is the NPP because they know the NPP has done it before so we must work hard to get the party back to power to bring relief to Ghanaians, in 2012, all die be die,” he urged the supporters at the meeting.

But Akufo-Addo, following the remarks, was heavily criticised by key members of the then National Democratic Congress which was at the helm of power. To add to his woes, the court of public opinion also gave him his fair share of criticism.

Political commentators at the time, branded candidate Akufo-Addo as a man who was willing to ‘endanger the peace and stability of the nation’ for his own political ambition.

Shortly after, Akufo-Addo in a response said his comments were not an invitation to spark violence but was simply a reawakening call to supporters of his party at the time.

In addition, he said the ‘All die be die’ exhortation was meant to the fore, alleged acts of violence he believed were being orchestrated by the NDC against his party at the time.

Despite losing the 2012 polls to the NDC, Akufo-Addo was named candidate of the NPP after a win in the 2016 polls. During an interview on Accra-based Peace FM, he was asked about his ‘All Die be Die’ remark he used in 2012.

He pointed that his comments were taken out of context and used for propaganda but also accepted the blame for making such.

Candidate Akufo-Addo said he sought to also debunk the notion that the NPP was violent and only belonged to the Akan tribe.

“I know that the way the [All-die-be-die] comments were twisted, it proved to be an unfortunate statement from me. I’m prepared to accept all of that, but that is the origin of it, with the exact opposite of a tribal statement,” he said.

“I don’t want to be president only because of the people Kyebi. This is a limited, narrow vision of what the people need” added.

Fast forward to 2021, former president, John Dramani Mahama has also been accused of making a similar statement. The court of opinion and some social and political commentators have described Mahama’s ‘Do-or-Die’ remarks as a call for violence.

During an interview on Akina FM as part of his ‘Thank You’ tour of the Bono East Region on September 7, 2021, John Mahama noted that his party will remain vigilant in the 2024 general election.

He told the host of the show, he believes his party [NDC] was ‘robbed’ during the 2020 Presidential and Parliamentary elections hence the need for more vigilance over next three and half years to come.

“The 2020 elections were rigged for the NPP. We have however accepted the ruling of the Supreme Court for the sake of peace. However, come 2024, the NDC will be extra vigilant at the polling stations because that is where the elections are won.”

Following widespread condemnation of the remarks, Mr Mahama himself and other members of the NDC have described the comments made as an idiomatic expression urging critics to open their dictionary and look up the meaning of the word.

Mr Mahama on the other hand has indicated he won’t retract the statement made with many members of the governing New Patriotic Party describing it as undemocratic.