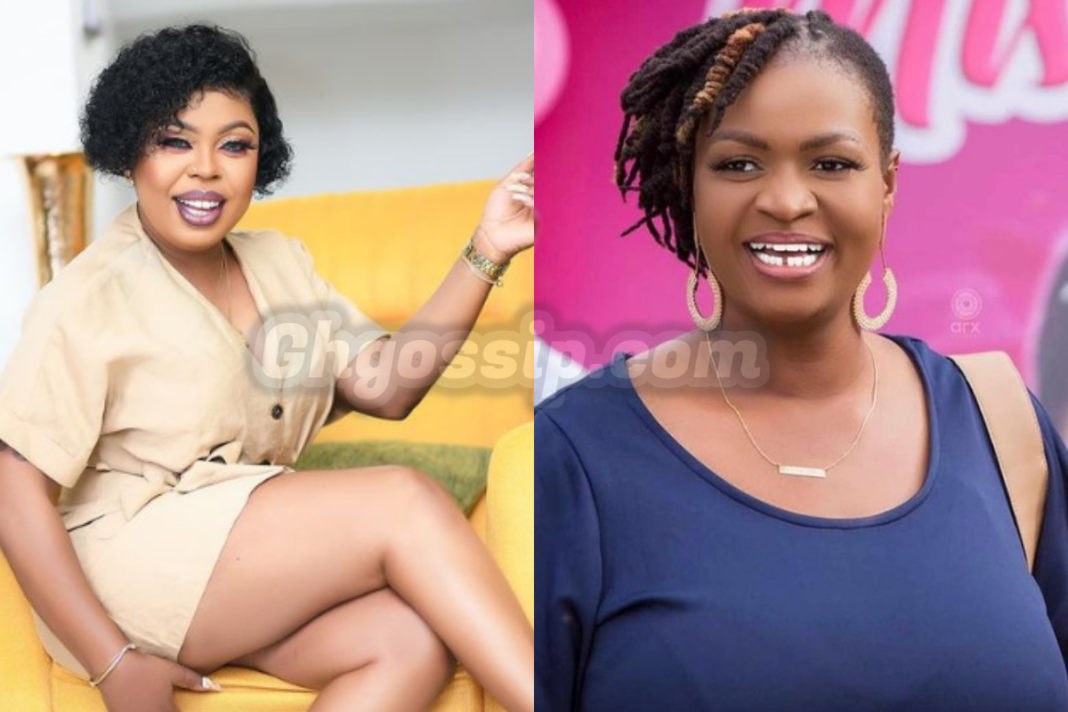 READ ALSO: ‘Sarkodie’s “Mary” Album Would Have Won Grammys If He Injected The Same Energy He’s Mounting On “No Pressure” Album’-Abena Ruthy Asserts

As a reminder, the two social media influencers have kept social media buzzing for the past few months now and from what we are seeing, their beef will not be ending anytime soon on the account that the two have no intentions of ceasing fire.

Afia Schwarzenegger made serious allegations against Ayisha Modi, saying that he has been practicing lesbianism with the wife of a pastor just to pay for her rent. She also alleged that the latter has been secretly having an affair with her ex-husband, Ofori Amposah despite the fact that he is now a married man.

Ayisha Modi on the other hand also claimed Afia Schwarzenegger has been leaking pieces of information about her close friends, Diamond Appiah and Tracey Boakye to her just to tarnish their images. She claims that Afia alleged that Tracey Boakye had an affair with Dr. Kweku Oteng and as a result, they had a baby. She also claimed that Afia Schwar also made some allegations against Abeiku Santana, saying that he killed his son for money rituals.

Well, the never-ending drama continues as unrepented Afia Schwarzenegger throws more shade at Ayisha Modi in some of her posts on social media.

In her recent post, Afia Schwarzenegger stated that A salary earner with a degree is far better than a millionaire with no degree. Although she never mentioned anyone’s name, we can deduce from the tonation of her post that she was referring to her arch-nemesis, Ayisha Modi.