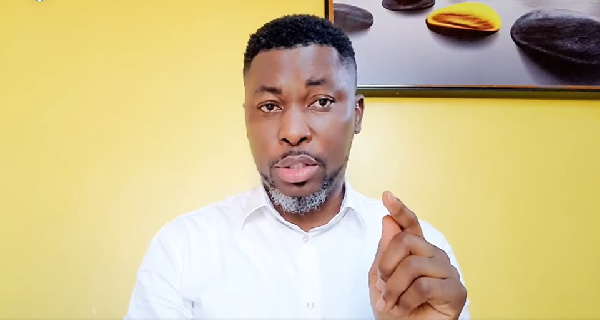 • Kwame A-Plus has taken on the Deputy Roads Minister, Stephen Pambiin Jalulah for suggesting that Ghanaians should be ready to pay higher road tolls

• A-Plus has however disagreed with Mr. Pambiin

Political activist and social commentator, Kwame Asare Obeng, popularly known as A-Plus, has lashed out at the Deputy Minister for Roads, Stephen Pambiin Jalulah for asking Ghanaians to pay higher road tolls in order for government to fulfil their demands for better roads.

The Deputy Minister is reported to have questioned how Ghanaians expect government to raise capital for road development if borrowing is out of the question.

“In Ghana, we pay GH¢0.50 per saloon car. If you go elsewhere they pay almost GH¢5. Everybody wants good roads but if you are not willing to pay the right tolls, how do we raise the money?” he said.

Reacting to the Deputy Minister’s comment, A-Plus questioned the basis of Mr. Pambiin’s comparison while pointing out that salary rates in Ghana aren’t as much as they are in other countries.

“How much do teachers, lectures, nurses, police officers, doctors, etc. make in this Nyame Bɛkyerɛ Republic?

“Elsewhere when toll and taxes are paid, it is used to fix the roads and streetlights. The president does not use the money to hire luxurious jets to bath in the sky,” A-Plus wrote in a Facebook post.

After several shelved attempts by government to increase road tolls, the Ministry Roads Ministry is currently looking for means to raise funds to finance the country’s road deficit.

The Ministry indicates this has become necessary as the Road Fund continues to depreciate against the various road infrastructure projects that need to be undertaken.

The Minority in Parliament however has served notice that it will resist any attempt by government to increase road tolls.

The Ranking Member on the Roads and Transport Committee of Parliament, Governs Kwame Agbodza, said his side was interested in helping the government to raise funds to support the roads sector, but it will only do that if the government removes the cap it has placed on the Road Fund.