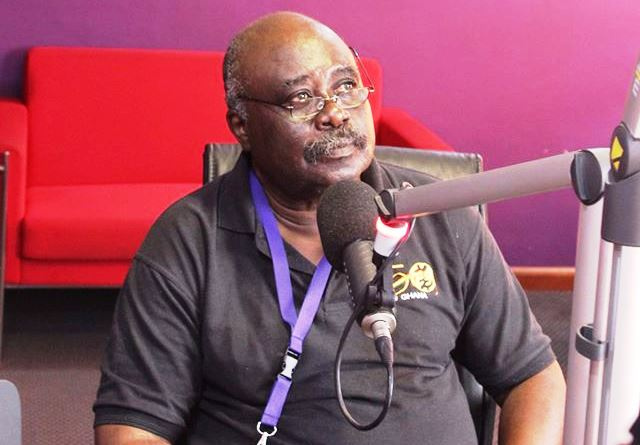 • He said, they should have issued stiffer punishments to such head of states

• His comments come after Prof Alpha Conde, was ousted by Guinean Special Forces

According to him, instead of the West African body issuing a stiffer punishment to them, they rather graced their inaugurations.

Tarzan, as he is known popularly, wrote on his Facebook time, “When the RULERS of #COTE D’IVOIRE & #MALI Subverted Their Constitutions, #ECOWAS Presidents TROOPED To Their Inaugurations To ENDORSE Illegality. Instead of SANCTIONING Them.”

Dr Wereko-Brobby’s comments come after Prof Alpha Conde, was ousted by Guinean Special Forces who have since promised to change the country’s political makeup.

President Alpha Conde, in October 2020, won a controversial third term, but only after pushing through a new constitution in March 2020 allowing him to overturn the country’s two-term limit.

His actions had been condemned by the opposition and described as an abuse of power.

Conde’s inauguration was graced by prominent personalities across the world including Presidents from the African continent.

Other recent military takeovers preceding the one in Guinea were in Mali and Chad.

Meanwhile, ECOWAS has condemned the coup in Guinea and has demanded the release of Alpha Conde who was arrested by the military.

ECOWAS is further demanding a return to constitutional rule, stating that failure to do so will attract sanctions. A virtual extraordinary summit of Heads of State upon request of the ECOWAS Chairman, Nana Addo Dankwa Akufo-Addo, is slated for later today.

There’s no respect for ECOWAS and AU – Kwesi Aning

Speaking on Joy News on developments in Guinea, Prof Aning noted, the lack of action by the ECOWAS and AU, had resulted in the loss of respect for these institutions.

He also blamed the international community for letting the people of Guinea down, because Guinea is a signatory to some of these bodies.

“The Guineans have failed themselves and the international community has failed the people of Guinea. Guinea as a signatory to ECOWAS instrument and African Union instrument expected that when it flouts or does not comply with the values and norms inherent in those protocols and conventions, (that) these two multilateral agencies which Guinea is a member would automatically trigger some response mechanisms incrementally so that the regime in Conakry is aware that its actions are not tolerable.

“But because failure or unwillingness to apply the structures within these conventions have become the norm, rather than the exception, everyone flouts these rules with respect to the rule of law, human rights, democratic transitions, changes in constitution and extension of term limits; because both the AU and ECOWAS protocols and conventions are very clear.

“There are certain things member states cannot do. But we hear this deafening silence and only an ex post facto response that has honed out the respect and credibility of these institutions,” Prof Kwesi Aning explained.