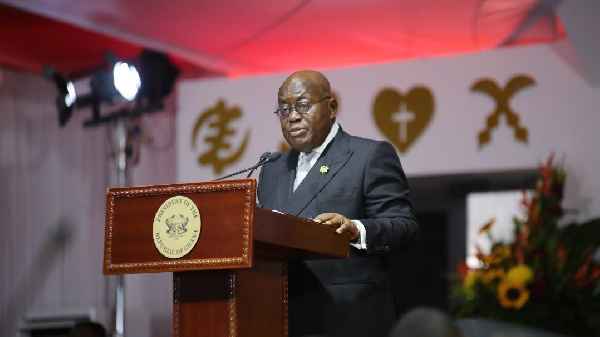 • President Akufo-Addo has refunded GH¢237,000 as part of a salary increment accrued from January to August this year

• The president on May 1, 2021 announced a freeze on salary increments for key members of government

President Nana Addo Dankwa Akufo-Addo has refunded GH¢237,000 to the Pensions and Salaries account of the Controller and Accountant General’s Department, Director of Communications at the Presidency, Eugene Arhin has said.

The said amount represents a salary increment paid to the president as part of recommendations of the Prof. Yaa Ntiamoah Baidu Emoluments Committee.

Making this known to journalists at a press briefing held at the Jubilee House on September 7, 2021, Eugene Arhin said the action demonstrates exemplary leadership on the part of the president.

“For some reason when the president received his salary accrued from January to August this year, he noticed that the directive he gave had not been enforced and so leading by example, Thursday, the 2nd of September 2021, he wrote a cheque amounting to GH¢237,000 to the Pensions and Salaries account of the Controller and Account General’s account department to reflect the decision he has taken to freeze salary increment for himself,” Eugene Arhin explained.

Eugene Arhin added that the president has also instructed the Chief of Staff to ensure that the Vice President, Ministers of State, deputies and other members of the executive make refunds on all salary increments they are not entitled to for the period.

Earlier in May this year, President Akufo-Addo announced a freeze on salary increments for himself and other members of the executive owing to the current times of COVID-19 and its associated hardship.