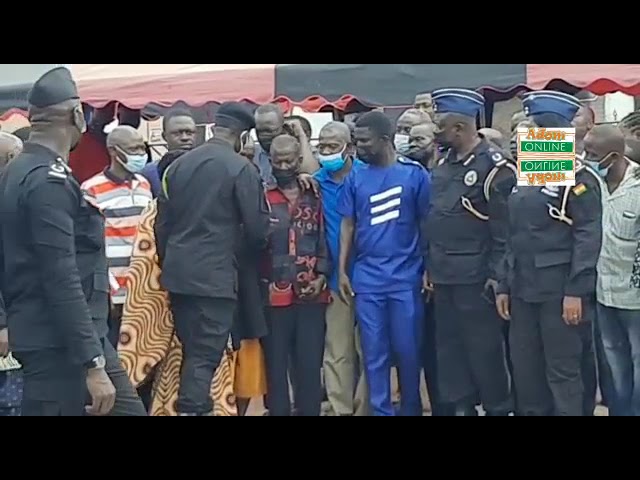 Family members and residents at Awutu Bereku were thrown into a state of mourning after the Inspector-General of Police (IGP), Dr George Akuffo Dampare, visited the area over the death of a nine-year-old boy.

This was on Tuesday, September 7, 2021, while Dr Dampare was on his way to the newly created Central East Police Administrative Region.

He was with some members of the Police Management Board and also made a stop at the Awutu-Bereku District Police Headquarters as well as the Gomoa Fetteh Palace.

The deceased, Samuel Darko, was killed during a festival ritual on the morning of Monday, August 29, 2021.

This was at a time traditional authorities were performing rituals to purify the community ahead of the Awutu Awubia festival.

Amidst tears, his traumatised mother, Hannah Aidoo, revealed that fateful day was his birthday with all set for the party.

A witness said that the people were supposed to be shooting into the sky but that wasn’t the case.