French footballer, Jean-Pierre Adams who has been in coma since 1982 owing to medical blunder finally dies » ™ 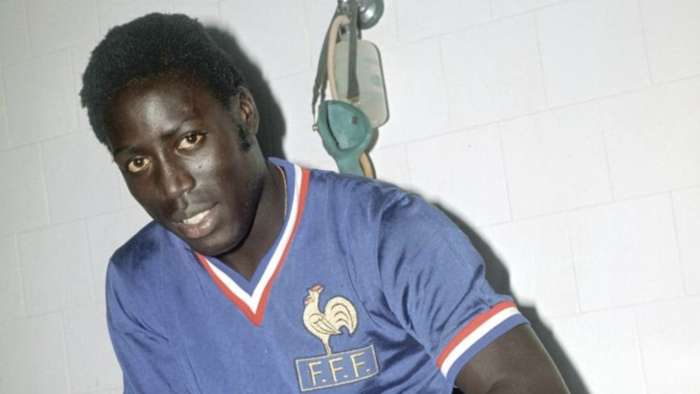 Jean-Pierre Adams, the former French international of Senegalese descent who went into a coma after he was overdosed with anesthesia when he went for surgery to repair a torn ligament in 1982 has died.

Per what we sighted on Goal, the former centre-back died on Monday morning at the age of 73 at the Intensive Care Unit (ICU) of the Nimes Hospital in France. Adams has been in a coma for 39 years after the anesthetist overdosed him by anesthesia.

The defender had sustained a ligament rupture injury and was booked for surgery on 17th May 1982 at the Edouard Herriot Hospital in Lyon.

But in an attempt to lure the player to sleep, an anesthesiologist committed an unpardonable blunder that made the player suffer bronchospasm that starved his brain of oxygen and he eventually slipped into a coma.

The incident had prematurely ended the player’s career considering his influence in the game. His partnership with Marius Tresor at the heart of the PSG defence was referred to as the ‘Black Guard’ owing to their solidity.

Former team Nimes took to their official social media account to condole with the family of the deceased. “We learned this morning of the disappearance of Jean-Pierre Adams,” they posted.

“He had worn the colors of Nimes Olympique 84 times and formed with Marius Trésor “the black guard” in the French team. The Club offers its sincere condolences to its loved ones and to its family.”

Information from Goal was used in this report.

I’m an award-winning Ghanaian blogger. I lurk in your shadows and prick your conscience with my modus operandi. Ultimately, I thrill you with my out of the box reportage.