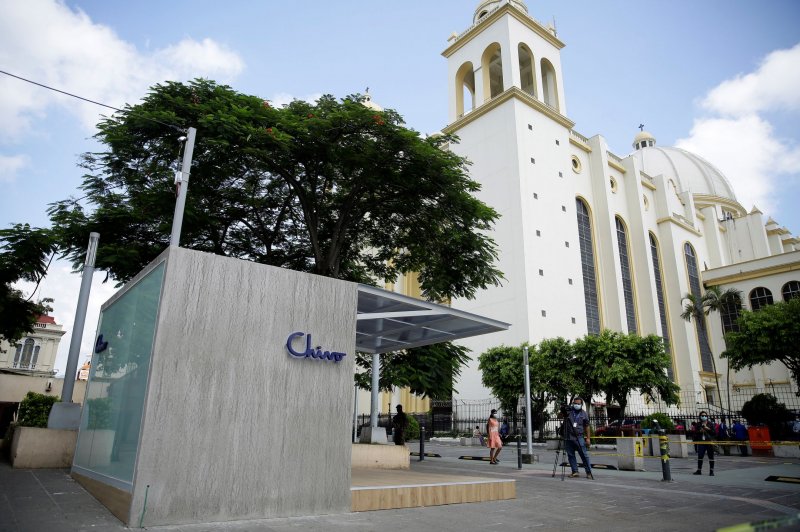 Sept. 7 (UPI) — El Salvador on Tuesday allowed for the legal circulation of bitcoin, becoming the first country to adopt the cryptocurrency as legal tender.

As the clock ticked down toward Tuesday, President Nayib Bukele repeatedly tweeted about the move.

At 12 a.m. Tuesday, the Central American country launched its use of bitcoin through its government-approved electronic wallet called Chivo that residents may sign up for and use to buy goods and services in the cryptocurrency.

The adoption in the country that has used the U.S. dollar since 2001 comes months after the Salvadoran Congress approved the measure by a so-called supermajority in June when 62 members out of 84 voted in its favor.

On Monday, Bukele announced El Salvador had purchased 400 bitcoins, worth about $20.9 million, in two separate transactions, to bolster its new initiative.

“Like all innovation, the process of Bitcoin in El Salvador has a learning curve,” he said in a statement. “Every road to the future is like this and not everything will be achieved in a day or in a month. But we must break the paradigms of the past. El Salvador has the right to advance toward the first world.”

He said “the eyes of the world” were watching El Salvador to see if using the cryptocurrency as an optional payment method will open more business opportunities, reduce costs and attract international tourists.

The goal, his office said in a statement, is for its adoption to benefit all citizens while being safe and efficient.

The 400 bitcoins will be injected into the system to give the government project stability, his office said, adding in a separate statement that those who sign up for the free wallet will receive the equivalent of $30 in bitcoin.

However, its adoption comes despite international regulators expressing concern.

In June after Congress passed the measure, the World Bank told The Washington Post in a statement that while it would commit to help El Salvador in numerous ways, adopting bitcoin “is not something the World Bank can support given the environmental and transparency shortcomings” of the cryptocurrency.

Bukele is banking on the use of bitcoin to attract foreign investment as he as said if only 1% of the bitcoin market cap of $680 billion were to be infused into the El Salvador market, the country’s GDP would rise 25%.

In a country were 70% don’t have a bank account and deal solely in the informal economy, he is also hoping adopting bitcoin for use along the U.S. dollar will spur market inclusion.

“Financial inclusion is not only a moral imperative, but also a way to grow the country’s economy, providing access to credit, savings, investment and secure transactions,” Bukele said in early June. “We hope that this decision will be just the beginning in providing a space where some of the leading innovators can reimagine the future of finance, potentially helping billions around the world.”

Teacher arrested for trading blows with student in classroom [Video]

New Philippine drama Mea Culpa is to be launched on StarTimes