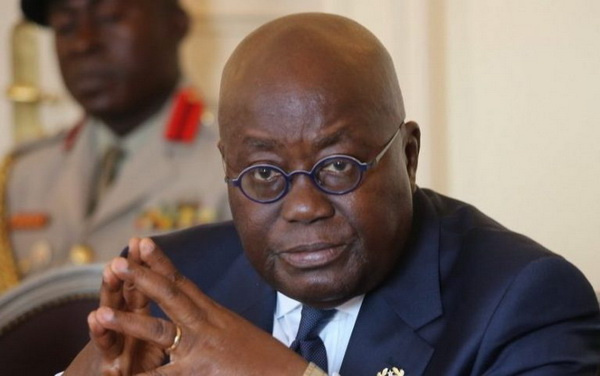 President Akufo-Addo has been accused of shielding corrupt appointees

Ellen Ama Daaku, a member of the ruling New Patriotic Party’s national communications team has averred that appointees of the President are largely to blame for corruption in the government.

Ama Daaku, speaking on Accra-based Asaase Radio’s weekend current affairs show, The Forum, however, disagreed with findings of a Ghana Center for Democratic Development (CDD-Ghana) survey report which said the citizens did not trust the president to fight corruption.

“A lot of his (Akufo-Addo’s) appointees did not do what they were supposed to do, but to sum it up that the president cannot do his work because 62% of a sample think that it is not possible for him to fight corruption, that I do not agree [with],” she submitted.

Government and the ruling party have been in defensive mode recently rebutting allegations of corruption and economic mismanagement hurled at them by former President John Dramani Mahama.

Mahama jabbed the government during his Thank You tour of the northern regions a fortnight ago eliciting a myriad of responses from the NPP and government.

In his latest ‘attack’ on government, Mahama reiterated his views on corruption when he delivered a speech on the State of the Ghanaian economy at an event held at the University of Ghana on September 6.

He said: “Another major problem has been the unprecedented levels of corruption and the total lack of accountability and prudence in the handling of the public purse.

“According to the Auditor General, financial irregularities within the public sector shot up from about GHS700 million in 2016 to GHS12 billion in 2020.

“This level of leakage will definitely affect the ability of any government to deliver on its mandate and guarantee citizens an appreciable standard of living. The nonchalance and total unwillingness to address corruption in government is a major worry and will continue to affect our economic fortunes until the trend stops.

“When I called for a change in government in 2024 as the first step towards halting this haemorrhage of badly needed resources through corruption and holding offending officials to account, our friends in government took offence but it remains the only viable way to save the public purse in the face of abundant evidence that nothing will be done about the situation,” he stressed.

A recent CDD-Ghana survey revealed that most Ghanaians do not believe that President Nana Addo Dankwa Akufo-Addo has the capacity in dealing with the corruption menace in the country.

The 2400 adult respondents for the research which was carried out between May 3 to June 3 across the 16 regions of Ghana stated that, they are also less optimistic about the administration’s ability to reduce crime