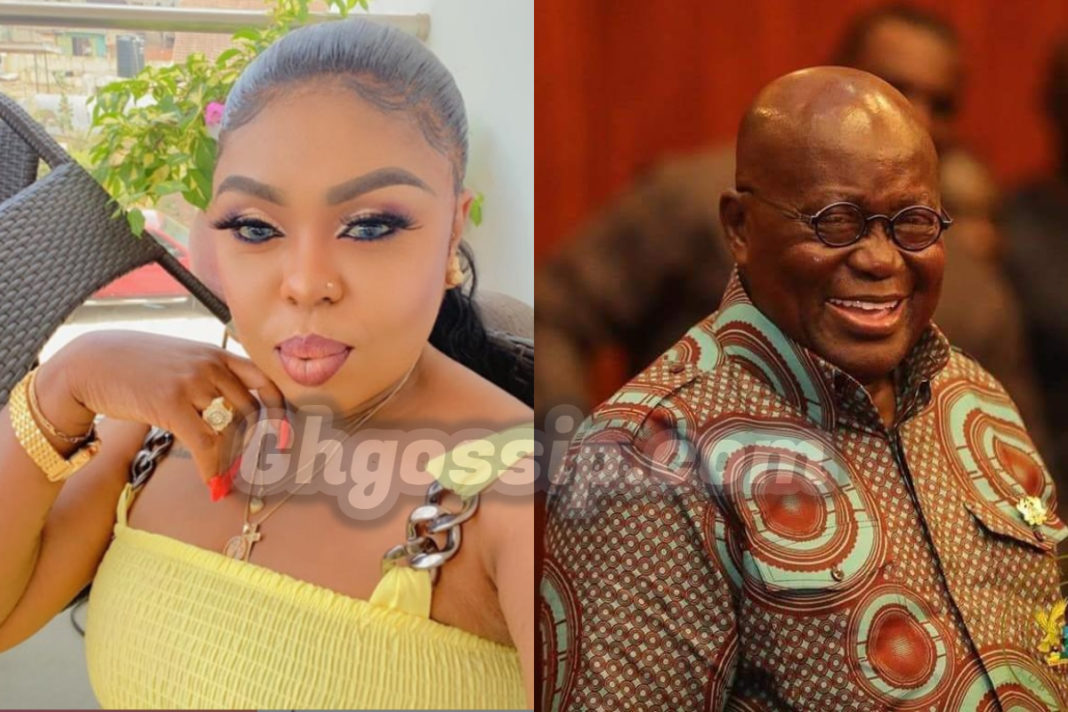 Afia Schwarzenegger who happens to be a sympathizer of the New Patriotic Party(NPP) has recently slammed Ghanaians criticizing the President of Ghana, Nana Addo Dankwa Akufo.

According to Afia Schwarzenegger, Nana Addo never committed a crime by using the country’s funds to hire a private jet to France because he needed his comfortability.

She claimed that Akufo Addo sometimes lacks the comfortability he requires so he gets stranded during international meetings. She claims that this is the main reason why the President sleeps during public functions.

“We don’t want a villager as a President”, she said, adding that Ghanaians will always complain no matter what the President does in the country.

In other news, fast-rising Ghanaian rapper, Kwame Yogot has lamented on how Sarkodie is being dragged in the mud over his ‘No Pressure’ album yet Ghanaians fail to realize that a similar thing happened on Drake’s album.

After the release of his ‘No Pressure’ album, Sarkodie was being criticized by the majority who claim that his raps skills have been the same on the album as the majority claim that the album was poorly programmed.

Kwame Yogot has expressed his displeasure in how Ghanaians refuse to notice that there is nothing new about Drake’s album because most of the songs are the same as his old songs yet Ghanaians manage to troll Sarkodie over his album.