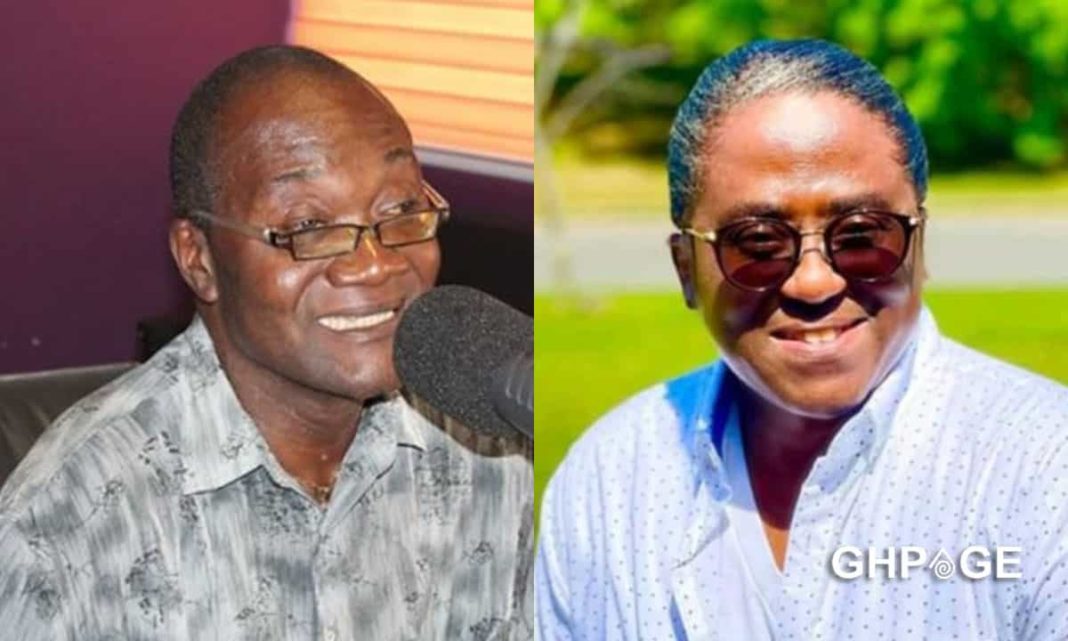 Veteran Ghanaian actor Abeiku Nyame, popularly known as Jagger Pee, has opened up about how ace Ghanaian singer turned-pastor, Nana Kwasi Agyemang, better known as Gemann, intentionally locked him up in his house and took the keys away a day before the latter shot and killed a taxi driver.

Jagger Pee and Gemann were thrown behind bars following the shooting of the taxi driver by the musician over a fare misunderstanding in 1995.

The actor who was convicted for abetment of crime got a life sentence while Gemann was convicted of a first-degree felony and sentenced to death by hanging on May 15, 1996.

But Jagger Pee spent 32 months in prison after he was acquitted and discharged by a court during an appeal. Gemann spent 14 years in prison half of which was on death row.

Speaking in a recent interview with Hot FM, Jagger Pee, who was revealing some of the occurrences that evolved prior to the murder incident, disclosed that:

“Gemann came to my house on Saturday to pick me up so that we can go and shoot our movie…but I told him that because my clothes were dirty, I would like to wash them so that I meet him later but Gemann realised that I had lost interest in going to shoot the movie so he declined – with the reason that I may not honour my promise …He was able to persuade me to his house at Dome, then we spent the night together.

“But astonishingly, when I got up around 7:00 am on Sunday, Gemann had already left…he locked me up in the room and left a note that he had gone to the Kaneshie sports complex to play football and that he intentionally locked me up and left with the keys because he knew I will leave if I get the chance and wouldn’t come back,” Jagger Pee told the host of the show, Nana Ampofo.

The veteran actor continued: “After being in the house the whole day alone, Gemann came around 12:00 am (Monday Morning). He then apologised to me…So around 11:00 am Monday morning, I had finished drinking my tea, we then packed our equipment for the shoot in his car boot about to go to the location then he had a male visitor called Charles; that was the first time in the day the incident happened and that was also the last time I saw him (Charles).

“Another friend, a girl also came with a taxi …she said her money was with Gemann about GHC700 then; she wanted to hastily collect the money from Gemann and return with the same taxi …then there was an argument.”

Sounding extremely disdained, the veteran actor indicated that if Gemann had not locked him up in his house he would’ve truly left.

He emphasised that because Gemann locked him up, he was overly peeved and vowed never to get close to him again after the video shoot.