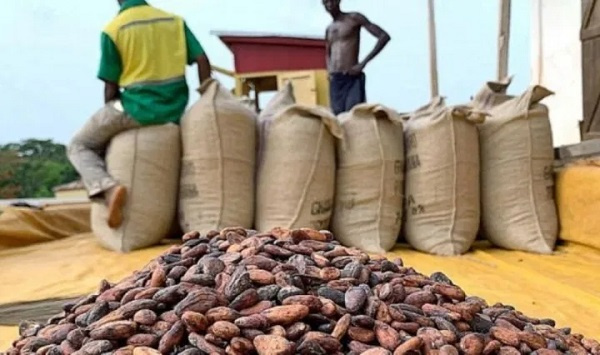 Farmers in top cocoa growers Ivory Coast and Ghana are becoming increasingly confident of a good start to the main-crop harvest after favorable weather.

Downpours last week that followed previous showers point to good prospects for the first four months of the main harvest season that starts in October, said David Soffo, a farmer in Yakasi-Newtown in southwest Ghana.

It’s a similar situation in Ivory Coast, though growers said more rain is needed to ensure an equally good latter part of the main crop that runs through March.

Still, heavy rain in central Ivory Coast caused flooding and blocked access to some plantations in recent days. Affected farmers are waiting for the water to recede to assess how trees are faring, said Yao Konan, a grower in Kossou.

In other major West African producers, some farmers in Cameroon have taken advantage of mild rains to carry out fieldwork and market harvested beans. A mix of rain and sun has been good for trees in southeastern Nigeria, though black-pod disease has been reported in coastal areas. In the nation’s southwest, recent rains brought some relief after a lengthy dry spell.

Most of West Africa’s growing regions should see moisture levels increase this week, according to data from aWhere Inc., potentially further aiding harvest prospects. Cocoa futures have eased about 3% since touching a five-month high in London on August 18, 2021.