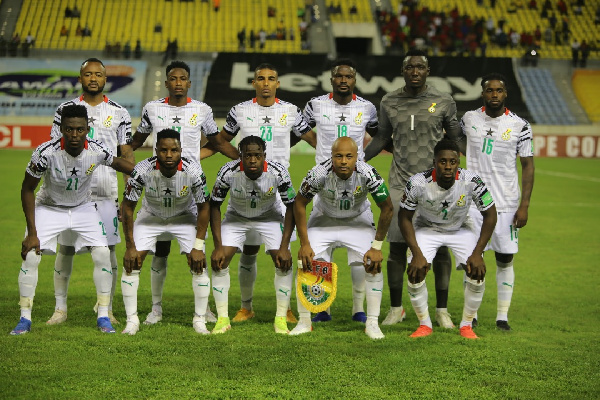 Black Stars will train on Sunday ahead of their 2022 FIFA World Cup qualifier against South Africa.

The team will train at the venue for the match, FNB Stadium in Johannesburg in the evening (6 pm local time).

All 25 players who made the trip to South Africa will train under the guidance of head coach Charles Akonnor with support from other members of the technical team.

Unfortunately for Akonnor, whose aim is to return Ghana to the World Cup, several key players have been ruled out.

England-based Jordan Ayew, Jeffrey Schlupp, Baba Rahman, Daniel Amartey and Andy Yiadom did not make the trip because English clubs have decided not to allow their players to travel to countries on UK’s red list for qualifiers.

Under UK government rules, players would miss several games because of the 10-day isolation period that is required on their return from red list countries, of which South Africa is part.

Also, there will be no Kamaldeen Sulemana and German-based Daniel Kofi Kyereh because they have been recalled by their clubs.

Their absence is certainly a blow for Akonnor but the gaffer is pretty confident the available players led by captain Andre Ayew can get the job done.