3 In Court Over Robberies In Accra 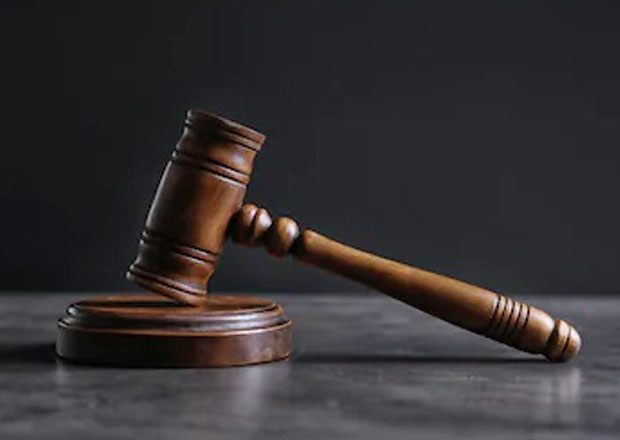 Three persons who allegedly acted together to rob on two occasions within the Accra metropolis have been put before an Accra Circuit Court.

They are also said to be responsible for car snatching within the Metropolis.

Felix Addo, aka, Cool Jay, a film producer and Actor, Adzimah Mensah, aka, Innocent, a driver and Charles Frimpong, aka, Nana Frimpong, a Businessman, have been charged with conspiracy to robbery.

Addo, Mensah and one Sammy and Taller, now at large, have been additionally charged with robbery.

Frimpong is facing another charge of dishonestly receiving a black Toyota Corolla, belonging to one Charles Bosoka.

They have been accused of robbing two persons of an unregistered Black Toyota Corolla S valued at GHC47, 000 and cash in the sum of GHC40, 000.

The accused persons pleaded not guilty with their counsels applying for bail, arguing, they would not interfere with Police investigations.

The Prosecution, led by Assistant Superintendent of Police (ASP) Fuseini Yakubu, opposed to the grant of bail, saying the accused persons were flight risk and would not appear to stand trial.

The Court, presided over by Mrs. Evelyn Asamoah, admitted the accused persons to bail in the sum of GHC250,000 with three sureties, two to be justified with land documents.

The Court also directed the accused persons to be reporting to the Police on Thursdays until otherwise directed.

It further directed the Prosecution to file and serve the accused persons with their disclosures.

The matter has been adjourned to September 22.

The Prosecution said on July 5, this year, the Intelligence Unit and Anti-Armed Robbery Unit of the CID headquarters gathered intelligence that, some group of young men were engaged in series of robberies and car snatching in the Metropolis.

ASP Yakubu said based on the intelligence, surveillance was mounted on Addo and Adzimah Mensah and they were both arrested.

The Prosecution said Identity Cards and Bank cards of Charles Bosoka were retrieved from Addo’s room.

It said during interrogation, Addo and Adzimah Mensah admitted having engaged in series of robberies, including a Black Unregistered Toyota S Corolla together with Sammy, now at large.

The Prosecution said the said Toyota Corolla S was given to Frimpong through Sammy who knew it to be a stolen property.

It said on July 17, this year, Frimpong was arrested in connection with another crime and he admitted having received the Toyota Corolla S but swapped the engines of another Corolla at a Fitting Shop at Ofankor, near John Teye School in Accra.

The Prosecution said physical examination of the two vehicles indicated that Frimpong had swapped their respective engines and the chassis, with other accessories tampered with.

It said the vehicles were re-sprayed and on sale.

Prosecution said the Police also retrieved six other vehicles, including a Toyota Avalon, Dodge Charger, and Toyota Highlander from the accused persons.

It said on July 5, this year, investigations revealed that Addo, Adzimah Mensah and Sammy, armed themselves with implements and unlawfully caused damage to the window of a prosecution witness.

The Prosecution said the accused persons entered the witness’s hall and made away with GHC40, 000 and an unregistered Toyota Corolla S.

The police described Frimpong as the kingpin of the gang and receiver of all stolen vehicles by Addo, Adzimah Mensah and Sammy. GNA