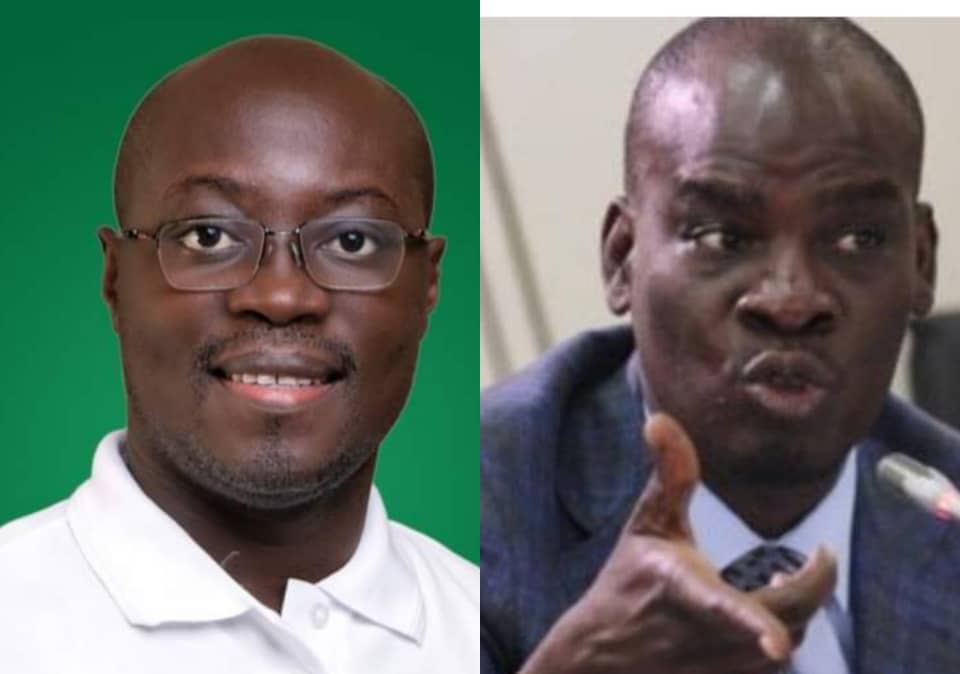 THE National Democratic Congress (NDC) Minority leader, Haruna Iddrisu, and Cassiel Ato Forson, MP for the Ajumako-Enyan-Esiam, have issued a 24-hour ultimatum to the “Herald Newspaper” to retract and render an unqualified apology for a publication that alleged their involvement in a GNPC Bribery Scandal.

The Pro – NDC newspaper, owned by the Editor, Larry Dogbey, published a story on the front page of the newspaper last Friday under the banner headline ‘CSO Names Haruna Iddrisu and Ato Forson in GNPC Bribery Scandal.’

However, the Minority Leader, Haruna Iddrisu, and the Ranking Member of the Finance Committee in Parliament, Ato Forson, who weren’t happy with the publication threaten to sue the editor at the court of law.

The Minority Leader in a rejoinder warned that failure to retract and apologize with the same prominence as the publication, he would institute legal suit against the newspaper, the writer of the story and all the hidden faces behind it.

The MP for Tamale South said the publication, is spurious, malicious, baseless, and a figment of the imagination of a ‘ghostwriter.’

According to him, “The fact that the writer mysteriously omitted his by-line shows his or her malevolent intent and points to the fact that the publication is a fabrication.”

He said “, I wonder why the writer will want to hide under the cloak of anonymity if he or she were confident of his news story”.

He explained that he has at no time participated in or been privy to the issues, dealings, and processes that have been alleged against him.

“The said publication is nothing but falsehood calculated at tarnishing my hard-won reputation and to bring me into disrepute and public opprobrium. It also exposes the general lack of knowledge and understanding of the workings of parliament,” he added.

He entreated the public to read in-between the lines and see the publication as exactly what it is – malicious, mischievous, and a pack of lies, and also implored members of the NDC caucus in Parliament to disregard the attempt by unseen hands to create disfavour and disaffection for him.

The publication, he said, is also a premeditated effort to place a wedge among members as the Minority Group, cause disunity and make the Caucus incapable of holding government accountable for its policies and decisions – which is one of its key responsibilities.

Cassiel Ato Forson, MP for the Ajumako-Enyan-Esiam also on his Facebook page tasked the publisher to retract the story.

He posted that ” Please, disregard this defamatory story about me. I have never facilitated any meetings between the parties. Publishers have 24 hours to retract and apologize giving it the same prominence they gave the original story, failing which, I will drag them to court! Thank You”.

Later in the day, he again posted a video of himself in Parliament with an inscription that “For the avoidance of doubt, this is what I said on the AKER/GNPC Deal:

“let no one have the impression that Parliament has given the ministry of Finance approval to borrow $1.3bn”! He added.