Black Stars to train at the iconic FnB Stadium on Sunday 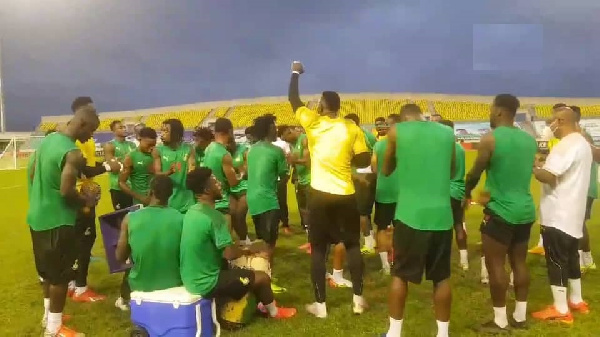 The Black Stars of Ghana

The Black Stars will hold their final training session at the FnB Stadium in Johannesburg on Sunday ahead of their second group game in the 2022 World Cup qualifiers.

The team left Ghana on Saturday morning via a chartered flight to Johannesburg to continue with preparations ahead of the game.

Black Stars coach Charles Akonnor will be without some of his key players mostly from England and Germany for the South Africa game due to COVID-19.

Thus Ghana coach C.K. Akonnor will be without five of his players in his starting 11 against Ethiopia for the South Africa game on Monday, September 6.

The last time the Black Stars played at the FnB Stadium was in the 2021 Africa Cup of Nations qualifier against the Bafana Bafana which ended 1-1.

C.K. Akonnor will face a new South African side coached by Hugo Bross in this 2022 World Cup qualifier.