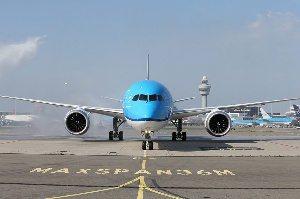 The incident occurred on September 3, 2021 and resulted in the cancellation of a KLM flight

• The incident occurred on September 3, 2021 and resulted in the cancellation of a KLM flight

The Ghana Airports Company Limited through the Accident Investigation Bureau (AIB) says it has commenced investigations into an incident that resulted in birds disrupting the engine of an aircraft before take-off.

The said incident which is known as a bird strike’ occurred at the Kotoka International Airport was said to have involved a bird finding its way in the engine compartment of the Royal Dutch airline, KLM. This subsequently led the airliner to cancel its September 3, 2021 flight from Accra to Amsterdam.

But the GACL in a statement sighted by GhanaWeb said “The Rescue and Fire Fighting Service was at the scene to immediately provide emergency fire cover. The aircraft was subsequently towed to the parking bay where passengers disembarked and were transported to various hotels around the airport.”

The GACL added, “Investigations into the cause of the incident have commenced.”

The statement further added that the airline has commenced the processes to get passengers back to their various destinations as soon as possible.

Meanwhile, an eyewitness earlier recounted the incident caused the plane to have an unexpected hitch and prompted personnel of the Rescue and Fire Fighting Service to rush to the scene as passengers were left stranded and in fear.

According to the eyewitness, Engineers at the scene had to replace the tyres of the plane while passengers were still on board but later had to disembark all passengers after the flight was canceled. 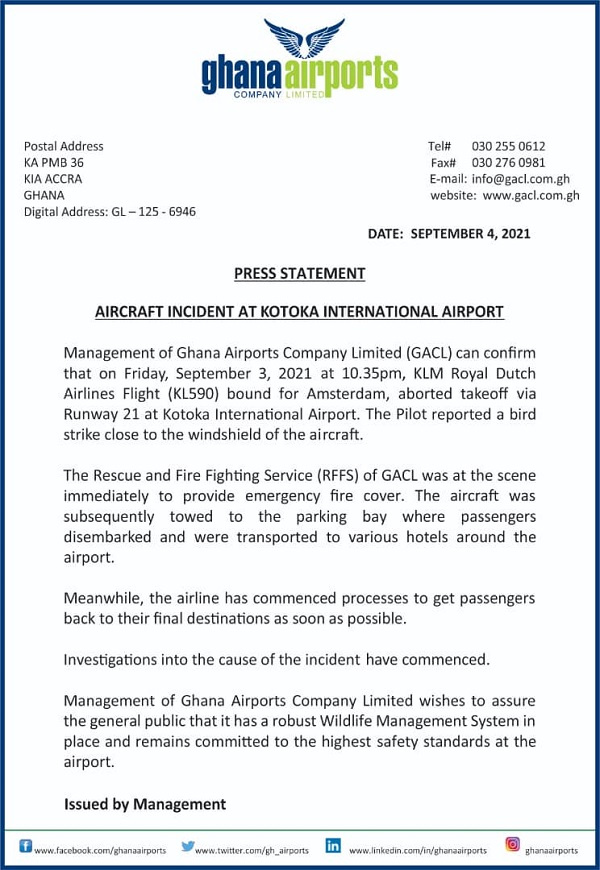