Days After D-Black Surprised Her With A Brand New Car, S3fa Teases Her Male Fans With Sensual Photos 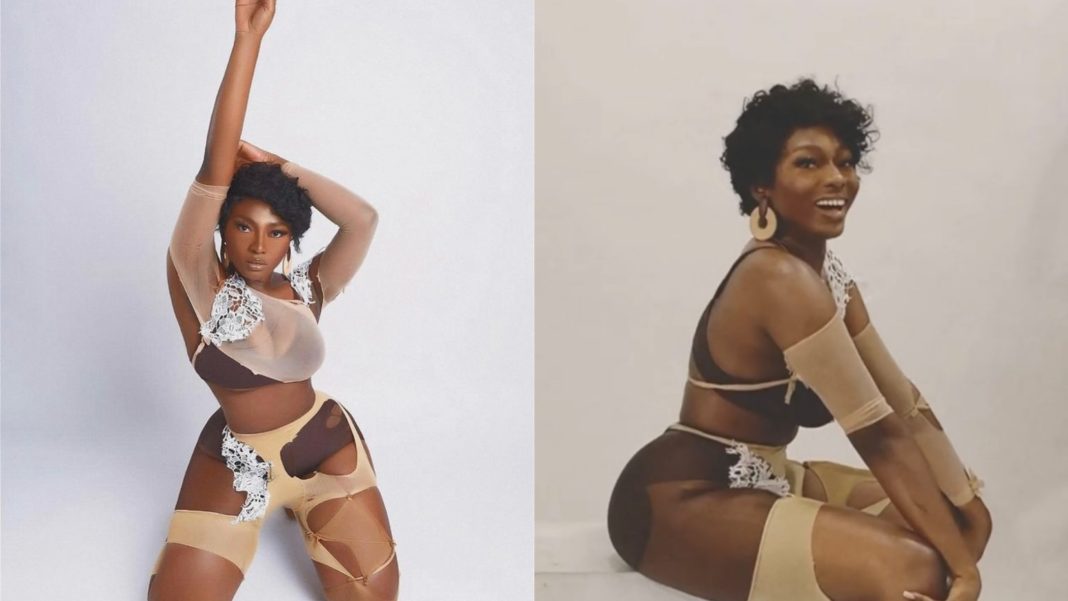 Days ago, www.Ghgossip.com reported that D-Black has rewarded S3fa with a brand new car giving his record label its first mainstream hit song as a signed act, rapper, and business mogul

S3fa was signed to Black Avenue Muzik (BAM) in 2017 and in actual perspective, the songstress’ ‘E Choke’ song which has become a street anthem is her first major hit and the entire record label.

Recall that other emerging acts who were signed onto BAM namely Freda Rhymz, Dahlin Gage and Wisa Greid left the label owing to a lack of progress in their career. Recall also that back in May 2021, S3fa in a conversation with Doreen Avio on JoyNews, said the exit of the aforementioned artiste helped push her works more.

“As an artiste, it is always been a dream to be the focus because it is very difficult for you to get to some sort of level if you are a lot – then everyone is getting attention, everyone is demanding for something – but if you are the only artiste, at least the attention comes on you a little bit. So me being the only artiste there is exciting. It’s great to be the focus and my work is being pushed out there and stuff like that.”

“I wouldn’t have also minded if they were still on the label because it’s the same thing I’m doing right now. They leaving has really helped my career,” she said. According to the singer, she was unhappy when her label mates left because they were like siblings.

“After they left, I was a little bit sad because at Black Avenue we were family. When they all left, It felt like my brothers and sisters were leaving but we are cool and after they left, I mean it has been work ever since because when it comes to Black Avenue, everybody has their own managers, everybody has their own team. So it is still working for me.

Fast forward and D-Black gave S3fa this new car as a way of saying thank you to her for sticking by him all this while when the others left and finally achieving mainstream relevance.

The songstress is set to drop a new song and as a prelude, she shared these photos to get her fans tuned to the right mood first.